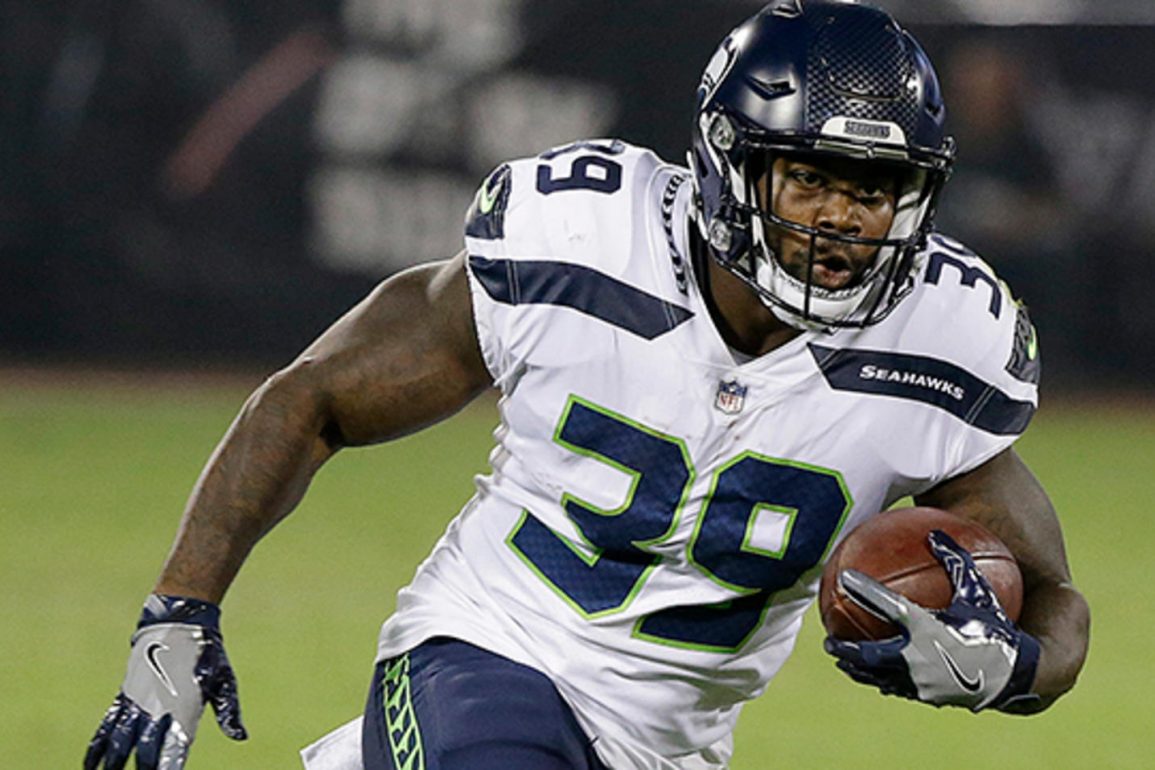 I took a poll on Twitter a few days ago asking Seahawks fans how they were feeling about this game against the Falcons. The results were interesting.

POLL: Which choice best describes how you are feeling about the Seahawks game on Monday?

Almost 1 of every 3 fans were either not looking forward to the game or dreading it.  Open up the Seattle Times today and 3 of 4 reporters picked the Falcons with beat the Seahawks. Listen to my podcast with Softy on Friday, and you hear that I am expecting a Seahawks loss tonight. Yet, here the team sits at 6-3, with a chance to take over first place in the division and remain in striking distance of the top spot in the NFC. It is an odd moment in Seahawks history, but it feels like a significant one.

Seattle has won five of their last six games. They have gained 425 yards or more in four of those games, and have allowed less than 300 yards in four games as well. Just two teams have scored over 18 points against the Seahawks all season. They are undefeated in their division, and know the only other contender for the crown has to come to Seattle later this year. Paul Richardson is having a breakout year. Jimmy Graham is catching touchdowns left and right. Doug Baldwin is one of the top four or five receivers in the game. Germain Ifedi has been a serviceable right tackle when total disaster was expected. Left tackle may finally be occupied by a viable option in Duane Brown. Russell Wilson is second in the NFL in passing yards. Seattle is 7th in the NFL in total offense, just ahead of their opponent tonight. The Seahawks own the best Monday Night Football winning percentage of any team in the NFL, and are 15-1 in prime time games at home in the Pete Carroll era. So why the glum outlook?

There are at least a few reasons.

Richard Sherman is out for the year. Kam Chancellor is likely out at least that long. Jarran Reed may be out as well. Those are three of your best defenders (yes, Reed has been either your best defensive lineman or second best). All three play a critical role in run defense. Sherman is known for his coverage skills, but is underappreciated for his run support. ProFootballFocus has him as the second best corner in the NFL against the run. He has made countless plays along the edge keeping a short run from becoming a very long one. Chancellor was rated as the second best run defender at safety by PFF, and the 7th best safety overall.

Filling in for Sherman will be Jeremy Lane to start with. Lane is not a very good player in my estimation. He is rarely in tight coverage, and even more rarely makes an impact play. He has two interceptions in his career, and both came in 2015. His season-high for passes defensed is just six. He has forced only one fumble. Opponents will tell you everything you need to know by who they target. It won’t be the rookie Shaquill Griffin or the relatively unknown slot corner, Justin Coleman. It will be the guy Coleman beat out.

That is why I strongly prefer Byron Maxwell to reclaim his role as a starting corner over Lane. Maxwell is far from perfect in coverage, but he has a far higher propensity for making plays. He has 10 interceptions in his career, and at least two every season since 2013 (not including this one). He has had between 10 and 15 passes defensed in each of those seasons.

Most impressively, Maxwell has forced 10 fumbles since 2012, the most of any active cornerback in the NFL.

You know Maxwell is going to get exposed at times, but at least there is the potential for a turnover. Maxwell is also better in run support. Lane has durability problems, so even if the coaches don’t immediately see Maxwell is the better option, Lane will probably give way due to injury. We will learn pretty quickly how that side of the field is going to hold up against Matt Ryan, Julio Jones, and crew.

Chancellor was also a 9 out of 10 player at safety, but there is more reason for optimism in his replacements. Bradley McDougald has been a starter before and should be a reliable 7/10 type player. Delano Hill is a promising rookie as well. Given McDougald is on a one-year deal, it would be wise to start finding snaps for Hill.

Even the most optimistic projections, though, would include some amount of regression by the defense, both against the pass and against the run. Atlanta has not been the juggernaut on offense they were a year ago, but they are solid at almost every position.

Seattle goes from having almost no weaknesses on defense, to at least one clear one at corner. A quality offense like the Falcons can exploit those kind of flaws.

A realistic expectation is a defense that was allowing 18.3 points per game is going to slide back to allowing 20-22 points per game. That means an offense that is averaging around 21 points per game (Seattle is officially averaging 23.4 ppg, but that includes defensive scores) will need to step up to score more points and be more consistent or we are looking at a .500 team.

I admit that I was sleeping on the Falcons defense before digging in this past week. They have not allowed more than 26 points all year, and three of the four teams to score more than 20 points against them were led by Tom Brady, Aaron Rodgers, and Matthew Stafford. The other was Tyrod Taylor, so there is some hope in there, but they just managed 23 points. When you look at their player performance, it becomes clear why they have been this good and consistent.

There have been very few injuries, and the players they have at every level have been playing well. People have heard the name Adrian Clayborn because of his six sacks last week, but Vic Beasley led the NFL in sacks a year ago, and first round pick Takkarist McKinley is dangerous as well. Grady Jarrett and Dontari Poe are solid against the run. Linebackers Deion Jones and De’Vondre Campbell are excellent in coverage and solid tacklers in the run game. Keanu Neal is a Chancellor-like safety, and all three cornerbacks are decent-to-good.

The Seahawks have scored 12, 46, 41, and 14 at home this year. Talk about feast or famine. This will be the best defense the Seahawks have faced this season in terms of yards allowed. The Falcons rank 8th (which is better than Seattle, by the way). The next-closest defense Seattle has gone up against is the Titans at 14th, and then the Rams at 16th. The only better defense they have played in terms of points allowed was the Rams, and Seattle scored just 16 points in that game even though the defense created five turnovers.

Brown may not be ready to go at left tackle, which would mean Matt Tobin would go against Clayborn. Anecdotally, Wilson has had trouble in games where it rains, and that is the forecast as of now.

You can see why there is some pessimism about this contest. That presents an opportunity for delight, though, should the team outperform expectations. There are a few storylines to watch on that front.

Many fans have been clamoring for Mike Davis to get a shot at the running back spot since Chris Carson went down and the duo of Thomas Rawls and Eddie Lacy have struggled. He will finally get his chance tonight. There is reason to be optimistic about what he can do. Davis is a no-nonsense runner with some speed and power. He runs as hard as J.D. McKissic, but does so with more weight behind him.

Davis does not need to be Marshawn Lynch or Curt Warner to be an improvement over what Seattle has gotten at that position lately. Consistently getting back to the line of scrimmage would be a start. Gaining three yards instead of zero would be even better. Here’s to hoping the coaches don’t overthink this and rely too heavily on Lacy. It is time to see what they have in Davis. I expect Rawls to be a healthy scratch tonight. If he is active, don’t expect him to get any carries.

If you listen closely to Carroll over the past week, there are some hints that he is ready to let go of trying to establish the run and rely more heavily on the passing game. Given that Wilson is already at a career-high pace in pass attempts, you might ask why this would be any different. The guess here is that Carroll will allow Darrell Bevell to call more pass plays early in the game and move more to quick game passing that is not reliant on the run game.

We may see more up-tempo, and a lot more shotgun. The Seahawks offense has been at its best this season when relying on Wilson and his receiving targets. It is far from a sure thing with the offensive line inconsistencies and Wilson’s own challenges with being the same player making the same throws game in, game out, but this could be a mindset change that gets that group going.

Warming up the pass rush

The Seahawks need their pass rush to make up for the losses in the secondary. That is not out of the question. The Falcons have a weaker right side of their line, and the Seahawks rush has been getting progressively better with the additions of Dwight Freeney and Dion Jordan. They need to be extremely disruptive to counteract the coverage issues.

Over the past three games, the Seahawks are second in the NFL in sack percentage (10.7%). That’s including a game at Arizona when they only had 2 sacks and a 4.1% sack rate. In their last two home games, the Seahawks have 11 sacks (5 vs Houston, 6 vs Washington). Their sack rates were 14.3% and 16.2% in those games.

Those guys are getting more and more confident. Not only are Freeney and Jordan adding to the mix, Frank Clark and Sheldon Richardson are playing better. Reed has been good when he has played, and Nazair Jones has been disruptive as well. With Marcus Smith due back tonight, this could be the most complete pass rushing group the team has had all season.

Atlanta has only given up more than 2 sacks once all season. Disruptive pressure could be a major factor.

A chance to learn

A loss tonight would not end the Seahawks playoffs hopes or doom them to mediocrity. Brown and Luke Joeckel both may not play and their return could make a big difference for the offense. McDougald, Hill, and Maxwell should all get better and more comfortable as they get more reps. Given the tiebreaker advantage the Seahawks have over the Rams, they need that team to lose only one other game, even with a Seahawks loss to Atlanta, in order for Seattle to control their own destiny in the division. That said, a win would certainly write a different script.

Beating a quality team like the Falcons with the offensive challenges Seattle has faced and the injuries they are dealing with on defense would imply a new type of Seahawks team is emerging. It would be one that can lean more on its quarterback and the offense, and rely less on a dominant defense. It would be a defense that relies more on their front seven than their secondary.

Heading into this game, the feeling is Seattle may be on the precipice of a painful fall. One cannot know exhilaration, though, without the threat of devastation. We learn together tonight whether this team can lean on new shoulders in new ways.