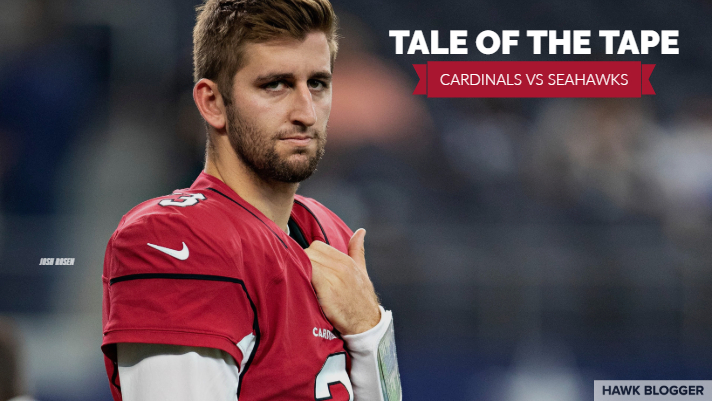 I have been writing about the Seahawks for decades, and for over ten years on this blog. In all that time, I cannot say I have seen an offense so thoroughly terrible as the one Arizona will trot on the field Sunday. This is not hyperbole. Wait until you see the chart below. How bad is it? Football Outsiders has it ranked as the third-worst offense in the history of their rankings behind the 2002 Texans and the 1992 Seattle Seahawks.

Anyone who was a fan of the Seahawks back then know just how bad that offense was. Cortez Kennedy won Defensive Player of the Year that season, and that whole side of the ball was dominant. The offense was atrocious. I had hoped I would never see an offense that bad in Seattle again, but at least this time it won’t be our team stinking it up.

The Cardinals have been a thorn in the Seahawks side nearly every season, especially in Seattle. They gave the Seahawks everything they could handle earlier this season in a narrow 20-17 victory. No matter how bad the Cardinals are, division games are never something to overlook. You have to look no further than the 49ers loss a couple of weeks ago.

Seattle will be looking to rest some injured players, despite what Pete Carroll said about playing it normally. That should not keep the Seahawks from winning this game.

Arizona has a quality pass rush. Chandler Jones is always a handful. He has more career sacks against the Seahawks than any other opponent. Benson Mayowa, a former Seahawk, is second on the team in pressures and Markus Golden is third. Both Mayow and Golden have not practiced this week and may not play.

Haasan Reddick is a great athlete at linebacker, who can give Russell Wilson fits if he tries to scramble.

Patrick Peterson is still a quality corner, and the Cardinals present some challenges against the pass, ranking 7th in yards per attempt. Seattle ran well on the ground in the last match-up with 171 yards on 5.0 yards per carry, but they struggled to get anything downfield in the pass game and wound up with just 160 yards passing. Wilson went without a passing touchdown, which has happened only twice all season. This will be a better test for Wilson, Brian Schottenheimer and crew than most will expect.

Seattle is the best rushing team in football, ran for 171 yards in the first game, and did it without Chris Carson. There is plenty of reason to expect they will run the ball effectively against one of the worst rushing defenses in the NFL. Carson may be used sparingly as he looked a little banged up in the Chiefs game and the team can afford to rest him for the playoffs.

Arizona has had a terrible time picking off passes despite having such a productive pass rush. Schottenheimer and Wilson have been great at protecting the ball, and that should continue here.

Keep an eye on Doug Baldwin JR, who has been playing excellent football recently. He was not himself in the first matchup, and could be a difference maker in this game.

It’s also worth noting that Josh Rosen had his best game, by far, against the Seahawks in the first matchup. He has admittedly hit the rookie wall and has not finished the last two games.

David Johnson is still a beast, and should never be underestimated.

The Cardinals offense is the Seahawks biggest advantage. I can’t remember a time when I have seen a team rank dead last in so many categories, and this is happening during one of the most offense-friendly seasons in the history of the NFL.

The Seahawks defense is not finishing the season well. The hope is this game allows them to find their footing heading into the playoffs.