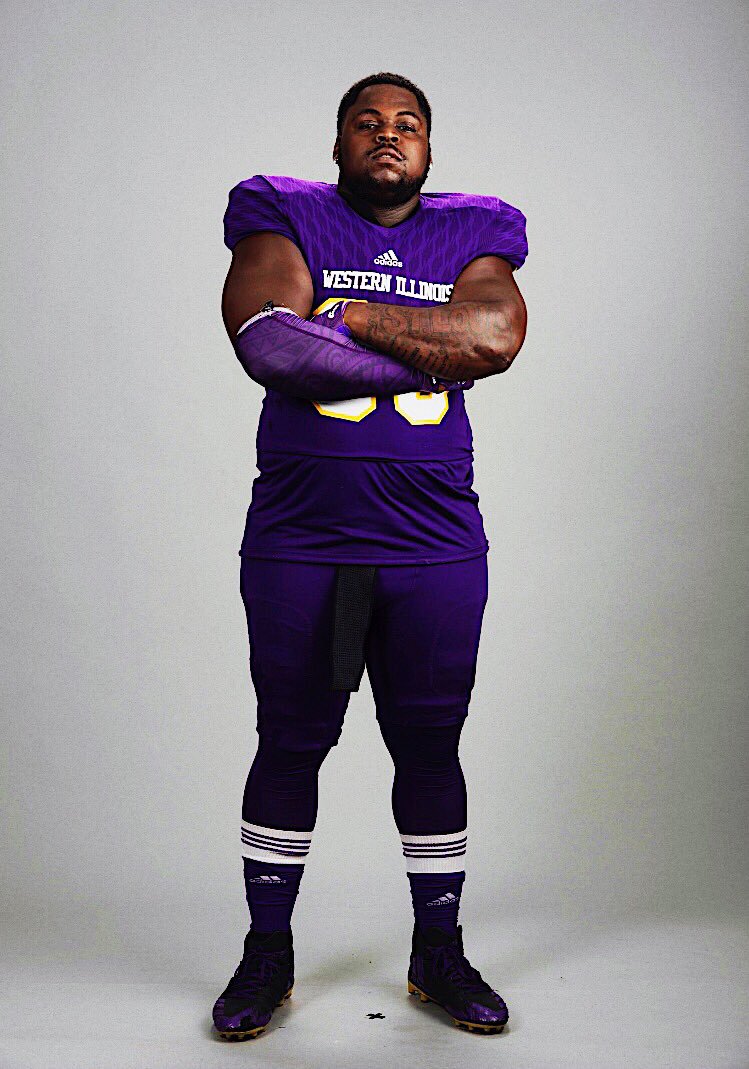 With just over 3 weeks away until the NFL draft, I thought it’d be fun to explore some potential mock drafts for Seattle. Everybody does mocks a little differently, so here are the ground rules for the one you’re about to read.

First off, I did this using Fanspeak’s On The Clock mock draft tool. Fanspeak is a lot of fun to play around with and offers various big boards for you and the computer to use. For reference, I used Matt Miller’s board (because it’s big) and set the computer to use ‘Multiple’ boards. I’m not sure what that later part means exactly, but my hope is that the computer assigns different teams different boards and drafts off those. I like that because teams don’t all have the same boards, seems a little more realistic.

Secondly, I included trades. I’ll get into the specific trades in a bit, but I used the draft trade chart at Drafttek to try to keep my trades fair.

Third, and probably most important, this mock is a combination of what I think Seattle will try to do and also what I’d like them to do. Which is to say I’m not trying to nail this 100%, but I do think these are guys you could likely see wearing a Seahawks uniform come September.

With that said, let’s get to the mock. Here is a overview of the picks and trades I made:

Seattle’s #1 priority in the draft will be to move back and acquire more picks, and that was mine as well. This trade works out to 800 points going out and 796 (640+132+24) points coming in according to the trade chart, so it works out pretty nicely for both teams.

This is a pretty significant drop back, but we pick up another 3rd rounder and jump to the top of round 5 in the swap of fifth round picks. It’s 664 (640 + 24) points outgoing and 652 (470+150+32) points coming in, so a little bit in favor of Detroit who gets to jump back into the first and is only out a late third round pick plus the swap. But, with the primary goal being to pick up additional picks, I’m happy to pay the premium.

One last small jump back before picking. With who I have my eye on for Seattle’s first pick this is a pretty low risk move to grab an additional selection in round 5. With 470  points outgoing and 469 (440+29) points incoming, a deal along these lines would be fair for both teams.

With the 14th pick in the 2nd round, Seattle selects Ben Banogu, Edge.

I’m not sure if Banogu has been directly linked with Seattle, but they’ve been sniffing around TCU quite a bit and he fills a need at edge rusher. According to Tony Pauline he’s expected to go somewhere in the 40-60 range, which is the range I targeted with the previous trades.

Banogu is an interesting evaluation because of TCU’s scheme. He was frequently standing up or playing on a three man lines. And because of the option and spread looks TCU faced Banogu was usually asked to read and contain, so he didn’t have a ton of traditional edge rush opportunities like you’d expect him to get with Seattle. When he did get those opportunities though, he showed a lot of what you’d hope for.

He bends, he can rush inside, and he’s got the athletic profile that makes you think he could have a very high upside. At just shy of a 2 sigma athletic according to Zach Whitman’s SPARQ, Banogu is the most athletic edge rusher in the draft.

Banogu will need some coaching up and is likely at least a year away from being a full time starter at end, but he’s an intriguing talent to be able to grab in the second round and should be at least a quality situational pass rusher.

With the 20th pick in the 3rd round, Seattle selects Amani Hooker, Safety.

After a long wait, Seattle addresses another major need at the bottom of the third round. Hooker filled several roles for Iowa playing up in the box as a strong safety, nickel and dime corner, and, though less frequently, as a deep safety. But just like with Banogu, he made good on the opportunities he got.

Hooker’s versatility and athleticism, he had the 4th highest SPARQ among safeties this year, gives him the opportunity to compete right away for Seattle.

With the 20th pick in the 3rd round, Seattle selects Emmanuel Hall, Wide Receiver.

Seattle’s receiver group is in an interesting situation. On the one hand, they have Tyler Lockett, Doug Baldwin, and an emerging David Moore.  On the other, Baldwin’s years with the team are likely numbered, Moore must continue his emergence in order to become a dependable player, and there’s little interesting depth beyond him.

Hall threads the needle for Seattle in offering some immediate help while also offering them the potential for a legitimate starter alongside Lockett in the long term. He’s an elite deep threat that will pair extremely well with Russ and immediately give Seattle a dangerous weapon on offense.

Hall has been criticized for being a one trick pony and, while it’s certainly fair to say that he ran a limited route tree, it’s not like he hasn’t shown the potential to be a more well rounded receiver.

It’s easy to see Hall growing into a legitimate starter opposite Lockett, and Seattle should be able to afford him the time to do so. In the meanwhile, he’d be a dangerous big play threat.

Instead of opting to pick up another pick, I chose to move back a little in the third to move up a bit in the 4th. While the point value works out, 180 (132+48) outgoing and 184 (108+76) incoming, this may cross a line into being too unrealistic with trades. Oh well.

With the 34th pick in the 3rd round, Seattle selects Kahale Warring, Tight End.

Kahale Warring is a player Seattle likely got a decent look at last season while they were scouting Rashaad Penny. Warring has good size at 6’5 252lb, is the 4th most athletic tight end in this class according to SPARQ, and is a quality blocker and capable receiver. The blocking is of course what will likely intrigue Seattle, who has made a point of finding well balanced tight ends of late.

With the 7th pick in the 4th round, Seattle selects Isaiah Johnson, Cornerback.

Johnson is your prototypical mid-round Seahawks cornerback pick. He’s long, with 33 inch arms, ran a 4.4 forty and is generally SPARQ’ed up (ranks 3rd among CBs this year), and would benefit from a scheme that more consistently plays to his strength. To be honest, I don’t expect him to be available at this point. But in this scenario he was and it was impossible to say no.

Matty Brown has been leading the Isaiah Johnson fanclub on Twitter, so I’ll throw it to him for the highlight.

With the 8th pick in the 5th round, Seattle selects Khalen Saunders, Defensive Tackle.

Seattle has made no secret of the fact that they’re looking for another run stuffing defensive tackle and that’s exactly what Saunders is. At 6 feet tall, 324lbs, Saunders is unsurprisingly a load to move in the middle of the line. His tape against North Dakota State is one of the funnest games I’ve watched from this class.

He can even play a little edge rusher!

Jokes aside, Saunders is unlikely to be anything but a liability against the pass. His play was also a little inconsistent. He looked undisciplined at times against North Dakota State and disengaged at times against Youngstown State, who passed considerably more and left Saunders with little impact to make.  But he should fill the Shamar Stephen role extremely well, and give Seattle a cheap run stuffing tackle for a few years.

Gonna have to fess up on this one, I misread the trade chart values when I accepted it. The computer offered it though and a 6th round pick is easy enough to pick up along the way. Let’s say Joey Hunt, or someone like that, also went to Denver to even out the point total (30 out, 47 in).

With the 18th pick in the 5th round, Seattle selects Stanley Morgan Jr, Wide Receiver.

Morgan is an athletic, productive receiver with decent size. He’s a smooth route runner that can pick up yards with the ball in his hands. He’s unlike Hall in that he’s pretty well rounded but lacks a standout skill. Stanley would provide cheap, talented depth with enough upside to think that Tyler, Hall, and him could be the core of the wide receiver group in a few years in things go well.

With the 21st pick in the 5th round, Seattle selects Brett Rypien, Quarterback.

Seattle has acquired two types of quarterbacks under Pete and John. The first group are mobile guys with big arms and includes Russ, Whitehurst, TJack, McGough, Hundley, Trevone Boykin. The second group are more or less the opposite of the first group: Matt Hasselbeck (inherited), Austin Davis, Matt Flynn.  Brett Rypien belongs in the second group.

Rypien has a tight release, gets the ball out quickly, and is accurate. He’s your stereotypical noodle arm QB in a lot of ways, but what stands out to me is his spatial awareness.

Rypien isn’t just constantly dumping off. These plays show his ability to see and fit the ball into tough windows between underneath defenders. There are undeniable physical limitations to account for, but Rypien should be able to capably manage games as a backup. And he may be able to do more than just that.

With the 9th pick in the 6th round, Seattle selects Ken Webster, Cornerback.

Webster rounds out what turned out to be a very SPARQy class. He’s the top corner according to SPARQ, ranking in the 99th percentile among all corners. More importantly, he has nickel corner experience and skillset with the 32 inch arms that Seattle likes.

There’s a reason he’s available in the 6th round though. He struggled at times with his press, with bigger receivers being able to fight through his jam. He’s a project but he has the right tools for Pete Carroll and his staff to work with.

So that’s it. I ended up going from 4 to 9 picks after making 5 trades. 5 of those picks went to defense, 4 to offense, and I double dipped on both wide receiver and corner. I avoided offensive line entirely because the team currently has a surprising amount of depth there, and I also avoided running back with Carson and Penny plus depth guys like McKissic, Scarbrough, and even Prosise. On defense I avoided linebacker, which was maybe a questionable decision. The position is fairly deep right now, with Wagner, KJ, Kendricks, Mingo, Calitro, and Griffin. But between age, ability, and jail time, the future for all of those guys is somewhat questionable.

All in all, I think this draft would add a talented group of players with immediate roles and the upside to see several ending up as starters.