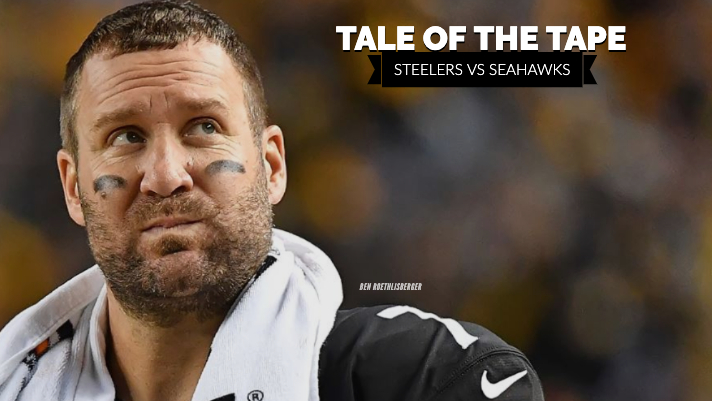 Tale of the Tape: Seahawks Offensive Line Must Step Up

The Pittsburgh Steelers and the Seattle Seahawks share at least one thing in common, and that’s not good news for Seattle. Pittsburgh has won 29 of 40 home games over the last five seasons for a 0.725 winning percentage, which ties Seattle for the third-best home record in the NFL over that span.

The Seahawks have felt the sting of this as they have played twice in Heinz Field and have yet to score a single point. They have lost two games (2007 and 2011) by a combined score of 45-0. Some may remember the last shellacking as the game when many fans were calling for the benching of Brandon Browner who was making his second start and gave up a few touchdowns. He would go on to make the Pro Bowl that year.

Seattle played poorly on opening weekend, as did the Steelers. At least the Seahawks came away with a victory. They will not be so fortunate this week if they do not play significantly better on offense than in the opener. In particular, the offensive line must be light years better. Anything less than a big leap in play from that group makes this game all but impossible to win. The good news is that if that group does play closer to their capabilities, they have a decent shot to steal a game on the road.

Pittsburgh had the third best sack percentage of any team in the NFL last season. T.J. Watt, Cameron Hayward, Stephon Tuitt, Jason Hargrave and Bud Dupree all applied significant pressure to the quarterback. They have to be licking their chops after watching film of the Seahawks line last week. They will be aggressive.

They have some decent cornerback talent, but were not a great pass defense last season, and were somehow worse at home, giving up a 105 passer rating to opponents.

Cornerback Joe Haden appears likely to play in this game but suffered a sprained AC joint on Sunday night. D.K. Metcalf had a historic game as a rookie and managed to make all his catches while coverage was tight. That bodes well for his ability to be a factor each week.

Tyler Lockett was a forgotten man in game one and that cannot continue if the Seahawks want to move the ball consistently through the air. Much of that was tied back to the play of the offensive line and tight ends in pass protection. Russell Wilson was looking for deeper passes off of play action and the line just could not give him the time necessary to make the throws.

I still believe this passing offense can be special and that this line is a lot better than it showed against the Bengals. The return of Mike Iupati to the starting lineup could be a boost.

The health of Will Dissly is a big deal as Nick Vannett was a major problem in pass protection.

Steelers safeties are a major weakness. If the line does protect even 50% better than it did in the opener, the Seahawks should have a chance for chunk plays.

Ben Roethlisberger has a reputation for being a Jekyll & Hyde quarterback at home versus on the road. Back in 2016, his passer rating at home was over 116 and his passer rating on the road was in the 70s. That has stabilized the past two years to where his performance is roughly equivalent wherever he plays.

He is hatable for a variety of reasons, but is a damn good quarterback. His offensive line is one of the best pass blocking units in the league, and if you are talented enough to break free of them, tackling Roethlisberger is like trying to tip over a dump truck.

Pittsburgh is still in the process of proving they can sustain their offensive effectiveness without Antonio Brown. There have only been four games since Brown became the team’s top receiver when he has been out, and Roethlisberger was not outstanding in any of them:

Top target JuJu Smith-Schuster twisted his ankle at the end of their game on Sunday night and may not be 100% even if he plays. The cupboard starts to get a little thin behind him.

It’s not entirely unlike what the Seahawks are experiencing with the retirement of Doug Baldwin Jr. Lockett is being forced to adjust to double teams he did not see before even if Baldwin was not himself last season. Smith-Schuster is seeing more attention than he is accustomed to and I don’t see terrific depth behind him.

Seahawks fans should hope the Steelers try to establish the run. Seattle is probably best suited to shut that down, even if Poona Ford is out with an injury.

Shaquill Griffin had his best game in a while to start the season. This could be a game where they play more man coverage and we get a better feel for how much progress this cornerback duo has made.

Jason Myers figures to play a large role in this game after not being asked to kick a field goal in the opener. His big leg could come in handy. Neither team had enough chances in the return game to really establish whether it will be a strength or weakness yet.