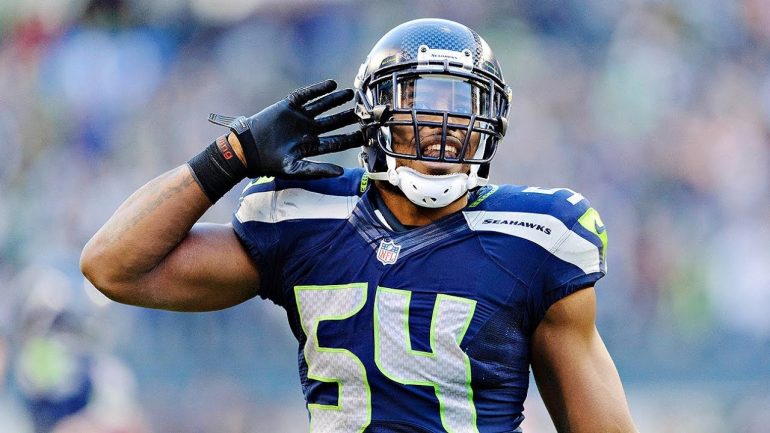 After the stunning loss to the Saints, the feelings about the team varied wildly. The biggest name to be blamed was of course Pete Carroll who was seemingly ambushed by Alvin Kamara. In a world where running backs don’t matter, are you honestly surprised? Okay okay, that’s a little bit cheap. Heading into this game didn’t put the long term fans at ease. The only game screwy-er than the Cardinals vs. Seahawks is the Jeff Fisher led Rams. So let’s jump on into the tape and see how Seattle bounced back from last week.

This sack came after two really early tests of Seattle’s discipline with an end around and then a read option. The Cardinals follow this play up with a play action fake off of read option. Quinton Jefferson surges upfield which causes Murray to have to move right away. The space created gives Kendricks and nice clean lane to come down a clean up for the sack. It’s a good Early sign for Kendricks who struggled the last two weeks to finish plays.

The same drive following the sack noted earlier, Seattle is facing everything. Quick screens, draw runs, scramble pass, read option. What finally slows them down is a tackle of Larry Fritzgerald by Mychal Kendricks. Here on this play that ends the drive, Shaquill just does a great job of reading his man, playing the situation and then reading the pass. Attention to details like down and distance are key to playing tendencies and reading QBs. He’s getting it this year. The drive ends in a missed FG kick.

Arizona definitely was pressing Seattle laterally early with end arounds and quick passes and read options. They run a little dump off to get five yards prior to this that looks like a tunnel screen. KJ helps clean that up. Now they run a straight up running back screen to David Johnson. Clowney doesn’t get knocked down or contained and maintains his outside leverage. This allows him to get right into a blind spot for Murray who throws on time, but essentially blind. Clowney does the rest taking his football for six. He had a few good rushes earlier so his football legs appear fully under him now.

Everything that Arizona has gotten that’s been both positive and Negative in this game so far has been on gimmick quick plays or broken plays. Nothing changes here with a nicely executed middle screen. Seattle was particularly vurnerable by design. It’s defensive line was focused with outside leverage any time line motions happened. This basically means they abandoned the center to play the edges. Certainly this is no surprise as Seattle has struggled the last 3 weeks with cleaning outside plays up. It’s also a really nicely executed and timed play by Arizona and leads to their only points of the half.

This game has been about surviving broken plays and slowing down the Cardinals offense so far. This play followed another big pass play to David Johnson on a scramble drill. I don’t really know why Kyler didn’t just throw the ball away. Green makes a great play to stay leveraged as Murray completes the boot action left. Green even stays true when Kyler tries to do a stop move. This is one of the best sacks of the year so far, which leads to no points as the Cardinals’ drive stalls.

The broadcast misses the snap here but a great blitz call by Seattle. The whole of Arizona’s line slides left except for the tackle on Clowney. This leaves poor David Johnson to block either Bobby Wagner or Kendricks. Shout out to Jefferson whose twist inside necessitated the center’s attention and clears Wagner a lane to Johnson and leaves Kendricks with a straight shot for the sack. Jefferson deserves two assists so far. What do you guys think?

Usually I don’t spotlight penalty plays, but Shaquill Griffin’s coverage is so strong here. If Kirk doesn’t push off and attempts the comeback naturally, I think Griffin has a pick. It’s just terrific stuff.

Yet another gimmicky play. Well executed fake by Murray and a throw back to his tightend. You can see how much Seattle has struggled with this play type with just how confident every team has been employing it. A couple of previous drives Arizona tried to use some basic offensive concepts and things went flat.

[Fourth Quarter 10:27 2nd and 4 Kyler Murray draw up the middle for an 9-yard Touchdown]

A good call after a pair of bad penalties by the defense. They had a chance to end it but here you can just see everyone’s on their heels a bit. Even Bobby Wagner takes a bit too long to sniff this out. This leads to Arizona’s only other score on the day. Also a key note, the only trip into the redzone on the day.

Kyler Murray plays like old Russell Wilson before Schotty and scrambles backward as Seattle runs a little game inside. It was adorable to watch the Cardinals linemen here sort of, part ways as if they weren’t sure who had who. Looks like a Tom Cable line out there.

As I’ve said probably too much in this piece, Seattle’s defense seemed to face struggles with screens, end-arounds and other gimmicky plays. It’s probably easier to be suceptible to those east-west style plays with an athlete like Murray to key on. I did notice Pete and Ken had the line focused on outside leverage. Any time they saw people pull or do blocking gimmicks of any kind guys were working their way to the sideline.

They didn’t change up anything one half to the other. The pair of blitzes that lead to sacks were just the right calls to catch the Cardinals off guard. They had a gameplan and executed it extremely well.

Mychal Kendricks played his best game as a Seahawk and made several key stops. I was thinking about Clowney getting a nod here, but I have a feeling he’ll have his chance soon enough.

I need to see more from the safeties. I realize Seattle is running cover-2 a lot more, but on a lot of these east-west plays we need the safeties to get some action picking these up. Might be an impossible ask, but I’m throwing it out there anyway.