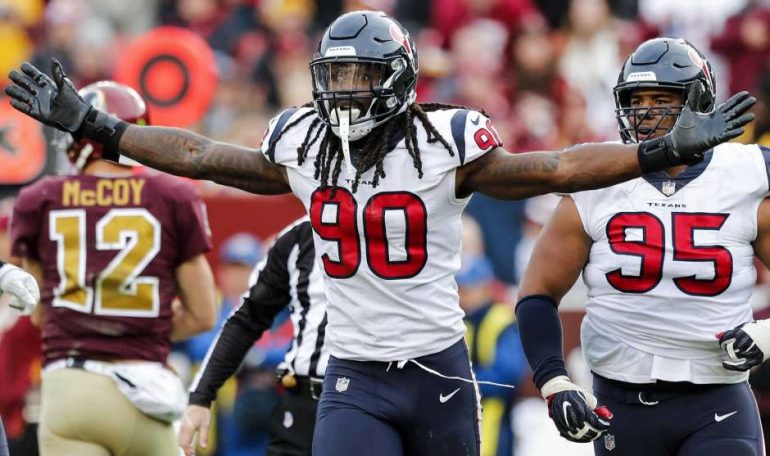 Can Seattle win? Is San Francisco for real? Is this the return of an old rivalry dead since 2014? Can the offense take on this 49ers defense and win? I have never seen so many questions about one game and two teams. No one really had a feel for what could happen. Even for myself, I had little feel for how this contest would go. All I felt good about was Pete getting his team prepared to play under the lights on Monday Night. So lets take a look at how it all shook out.

Author’s Note: I spotlighted double the plays this week because of the nature of the game. Every drive seemed huge. So I just kept marking plays down. Won’t be a regular occurrence, but with the bye week here, I figured a little extra couldn’t hurt. Enjoy!

Normally a scenario where Al Woods starts the game. Poona was there for both these early run snaps. It’s neat to watch him read and surge and close. Clowney who blew up the previous run holds outside leverage well here. It causes Coleman to hesitate for a moment and Poona gets to him for the 1-yard loss. Run defense couldn’t have gone any better early.

Just a simple medium depth crossing pattern where Jamar Taylor gets beat. Seattle is geared to take away the run and run man coverage. So early signs were not promising after this play. Pass rush wasn’t there, but I noticed Jimmy was waiting for this route specifically. Definitely staring it down. The play comes out of the bunch formation so it takes quite a hiccup for the niners to execute.

Jimmy evades the 5 man pressure initially but Bobby is acting as a spy to prevent a scramble. Once again Shanahan uses a bunch formation. Jimmy slides away from the pressure causing him to hold the ball and then attempt to bullet it into Goodwin who’s open against Jamar Taylor again. The 49ers were clearly targeting Seattle’s nickle corner in these early drives. Luckily the ball sails high and the 49ers settle for three points.

San Fransisco motions Sanders across the formation to set 3 receivers to the right side. They basically clear the crossing route once again and Jimmy throws behind a blitz as Taylor loses his man. This drive featured a 30-yard pass to Samuel on a slant and a 22-yard run by Coleman so the defense was on it’s heels in the redzone a bit. Nothing very complex about the niners scheme here. Very similar to the rams approach, but with shorter concepts. These are the last points the offense would score however until 6 minutes to go in the football game.

The defense forces it’s first 3-and out it forever. Once again the 49ers feature a bunch formation on the right side. They only release two receivers and keep Dwelley in to block. Seattle covers everything up and Jimmy throws the outlet quickly to give his guy a chance to make McDougald miss. He does not.

The first series where we see real differences on third down. (This time they have 3 receivers on the left side instead of the right.) Jimmy G. is staring left the whole way. Seattle zone drops rushes four but Jimmy is off schedule and his receivers don’t work back to him. Flowers stays sticky down the field and keeps this pass from being completed.

Credit a nice little twist and Jimmy G yet again staring down his 3 receiver side. Never sees the rush until he tries to come back right to the two receiver side. Poona Ford times a nice twist with Reed. His surge up the field cleans a path right to Jimmy. Sack fumble. Nicely executed. I could watch this all day.

This time the 49ers show a max protect look with two men in the backfield beside Jimmy G. and two WRs. The pass rush is contained here, but check out Shaqueem Griffin and Clowney stunting inside. It’s a nice little wrinkle and the most they’ve gotten out of the other defensive end spot minus rushes from Quinton Jefferson early in the year. Bradley McDougald hit Pettis hard, but he’s not the only safety to make a play like that on this drive. Earlier Diggs blew up Kyle Alphabetname on a seam route. Good stuff. Seattle’s defense looks good a settled in for the long haul.

Jadeveon Clowney makes this play happen as he surges up the field nearly molested. This causes Jimmy to have to try and avoid him, but with no pocket yet developed he can’t see down field and just gets lost in the wash as Poona Ford takes him down. Its also one of the first times the niners use motion into the backfield here with one of their wideouts.

Taylor stopped Dwelley on 3rd and 11 and then gets challenged here by Samuel on 4th and 2. I’m a little surprised no flag got thrown but Jimmy’s pass was fast and inaccurate as Samuel had to attempt to reach behind him. Yet another 3 receiver side that Jimmy stared down.

This is sort of a lucky play combined with Jimmy sailing everything high seemingly after those first few drives. Diggs sees the pass deflect of Bourne’s hands and makes a great catch. Seattle brings pressure on a play pass. A better QB completes this pass. Jimmy has a great pocket to step up into despite the blitz and he just doesn’t. Then he sails the ball high. Scratch your head. This is rookie shit right here.

After a sack was wiped out because of a helmet penalty on Quinton Jefferson the 49ers get called for holding on dump pass and that puts us in 2nd and 18. Clowney’s impact plays were not just good, they were dominant and this is the prime example. He just surges to Jimmy here and knocks the ball out. Just like Jimmy’s last fumble he never sees the rush coming. Poona Ford is on the spot for the recovery.

I’m not sure what Tre Flowers is doing on this play but the bobble by Samuel lets Diggs clean it up. Nothing technical, just worth a watch. Both safeties brought the wood in this game.

After those first two drives Taylor makes his most impactful play of the game here. Toughness, resilience, whatever discriptor you want to use, it would be apt here.

The 49ers get their first drive going since the INT play by Diggs. They picked on Tre Flowers a bit these last two drives and it started to pay off. They even went against him for the 2 point conversion. However, Clowney has a big assist on this run pass option play. Leaving him unblocked is super right and correct. Al Woods gets the sack and this ends up forcing a field goal on the only real deep drive since 2 minutes to go in the first quarter. Tre Flowers drops a pick to cap off a tough series.

This play is worth watching just because Clowney blows throw Joe Staley like paper. It’s awesome. Watch it. KJ should have caught this.

Clowney stunts with Jefferson and nearly gets another sack on this second missed INT. Watch this one too. Do it.

Coleman has been the sole mover on this drive. 3 straight completions to him after Wagner’s drop. However, KJ’s hustle prevents Coleman from getting out of bounds and forces a timeout by the 49ers. There’s a short throw over the middle to Samuel to get them a decent shot at the FG. So Shanahan strangely plays for the tie here as this was clearly by design.

Just a surge by the line and Mostert sits down about 10% of the football short.

Seattle’s final defensive play was made by it’s most improved player. After a deflection and then a bad throw set up this 3rd and 10. Shaquill is looking for the ball and just battles and battles and battles until he breaks up the pass. After the two quick throws were incomplete Jimmy throws his first sideline pass all game. Everything else has been over the middle or a a crossing pass. Nothing deep up the sideline until this pass. Gutsy if dumb call by Shanahan. Playing for the tie doesn’t hurt him here. Thank god he did not do that.

The watch back of this game was quite enlightening. I think Kyle Shanahan did indeed fire his best shots early. These are the plays they picked specifically to challenge Seattle. These are likely the plays they ran on walk through. Jimmy commanded those very well, but once outside that structure, he suffered significant drop off.

Forcing Jimmy to his second look or at least off his first gave Seattle a significant advantage in the secondary. I don’t think this has as much to do with Kittle being out and Sanders missing much of this game. I think Kyle Shanahan is trying to minimize his QB for now. I don’t think in watching this game that Jimmy G. is anywhere near piloting a top team without a lot of support.

As far as Seattle’s defense? This was a case in sticking to their guns and being resilient. Jamar Taylor, Tre Flowers, Shaquill Griffin they all battled and made plays despite having bad parts in the game. Add in a inspired pass rush and well-timed game calls and Seattle’s defense made big plays for the remaining 57 minutes of the game. Quandre Diggs will only improve under Pete Carroll and Bradley McDougald had his most impact in 2019. Wherever that leaves Blair, I’m not certain. Thoughts? Concerns?

Jadeveon Clowney easily takes this one. He had some flashes early but it was his absolute unblockable plays late that had the NFL world buzzing. Rightly so. I haven’t seen a late game wrecked like that by one defender in quite a while. At least when in a Seahawks uniform.

Nickel Jamar Taylor wasn’t terrible in this game after the early offense by the Niners. However, I’m starting to see some problems he’s making for other guys. Specifically his communicating and pattern matching is very bad. Seattle’s going to need an upgrade here sooner rather than later.