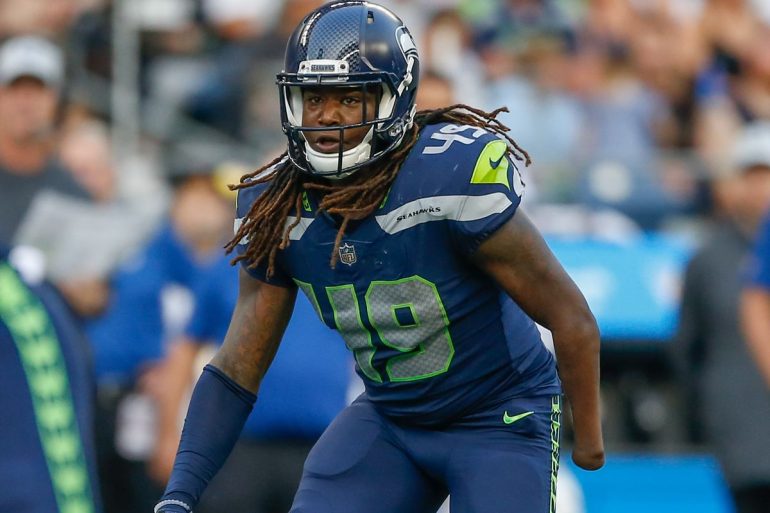 Coming out of a bye. On the road at 10am. Close games all year. The feeling of trap game was all over the lips of the Seahawks fandom this week. The added loss of Jadeveon Clowney only stoked those fears further. So did the Seahawks team continue their impressive undefeated streak on the road? Let’s get to the tape.

Seattle shows blitz here and wentz checks the play. The Eagles line picks up the pressure, but Wentsz is unable to squeeze the ball into Ertz who is covered up. The pass deflects off Ertz hands and is nearly intercepted by a speedy Diggs. The inaccuracy is something we would continue to see throughout the day here.

This is just a good play by Tre. He gets away with a little grab, but it’s in the five yard window. He also locates the ball and knocks it away making an interference call even less likely. This play is an example of why Carson Wentz has many issues throwing short. His long release makes it hard for balls thrown short to get to the receiver before the defender can react. Realistically we’re talking about .25 or .35 seconds, but it makes all the difference for Tre to get involved here.

Rasheem green just steamrolled through the backup right tackle for the Eagles. Wentz never senses it and gets the ball slapped out by Green as he takes him down. Seattle’s DTs (Defensive tackles) have been Johnny on the spot this year. This time Al woods gets the recovery. This is a first down play. Nothing special by Seattle. Just a great individual effort.

Seattle expects run with an overload formation. Once the ball is snapped Wentz feels the pocket collapsing and chucks the ball as he can’t really step into the throw. This is thanks to Poona Ford by the way. McDougald gets himself underneath the route and intercepts the ball easily. This was the best drive so far for the Eagles.

Seattle only rushes four here, but Shaquem Griffin’s speed rush opens the gap between the guard and tackle. QJeff and Jarran Reed end up twisting and that brings Jefferson free for the sack. This play is proof that you don’t need Shaquem to get to the QB to have an impact. Watch this play as many times as you want. It’s something you should see going forward.

Seattle’s edges have been blowing through these tackles all day. This play is no different as Ansah just walks his man back to Wentz and almost picks up his second sack fumble. (The first was nullified by penalty.)

[Third Quarter 6:10 3rd and 3. Fumble on the exchange by Carson Wentz. Recovered by Quinton Jefferson returned for 30-yards.]

This play looks completely discombobulated from the start. If it was a fake pitch or some kind of option the speed of Shaquem Griffin obliterates it. Wentz kinda freezes up a little bit a leaves the ball on the ground. Thus ending the best drive of the Eagles day. The Eagles had been faking a sweep on every run play but this just seems super cute by Pederson. Shaquem is going to have to be spotlighted with how much his speed is disruptive like this.

An old KJ special. He plays off the receiver and waits for the play to come and cuts it down. Sees it the whole way. This is what football IQ looks like kids.

There’s just no way you can convince me that Al Woods is close to 330-pounds here. He gets into the backfield so fast the trap play can’t develop and Poona Ford gets loose to make the tackle. So much speed from every part of this defensive line today. My goodness.

Seattle runs some cover-2. This play is just details by flowers. He knows it’s first down and all those throws have been quicker so once he reaches a certain depth he starts looking for the football. This will be the easiest interception Flowers will have in this situation. A bad decision by Wentz here. The last big completion for the Eagles that set up the TD is in a similar scenario. That time however, Tre kinda of looks for the ball and slows down letting the zone widen a bit. One of maybe 3-4 mistakes by a Seattle defender on the day. In the end, it only hurt the point differential though. These two plays are learning experiences for a talented young man.

Overall, I think Seattle called a brilliant game. Outside a few punished blitzes. the Eagles had four drives that did anything in this game. Three of them ended in turnovers. Even my feeling about blitz calls was really misplaced despite some being picked up. The biggest thing I took away from this game was how often the defense made plays outside the third down “special scheme.” Good to see the base defense get some work done. Good game all around.

The defensive line as a whole gets the nod this week. A special mention to Shaquem Griffen who was involved in creating two fumble plays.

With the new approach of Poona and Shaq being used in pass rush situations, Seattle needs to re-think some of it’s blitz approach. I think they will after seeing the freakish speed of Shaqueem Griffin.