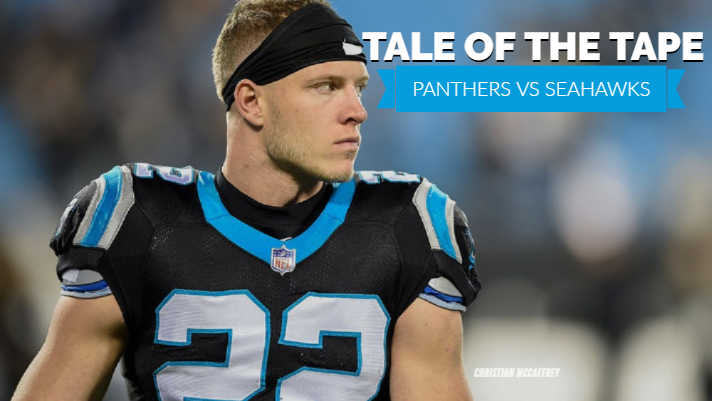 Tale of the Tape: Seahawks Have Clear Advantage vs Panthers

The Seahawks played close games all season and generally fumbled and stumbled away chances to blow opponents out. They finally played a non-competitive game last week against the Rams, and have lots of fans feeling nervous.

On one hand, they are right to be nervous when a defense that has been awful much of the year before finding legs with some new players, looked awful again. All those low rankings can be set aside a bit if the team clearly trends toward the positive and those numbers are moving in the right direction. They start to feel like a noose when 10 of 13 games have been bad.

On the other hand, Seattle has been in a very tough stretch of games that the exited 3-1. They now play a Panthers team that is scuffling and not anywhere near the level of the teams played of late.

The Seahawks have every reason to be focused for this game. The offense, especially, has their best matchup since the Falcons game. Seattle should win this game going away. Anything less than a ten point win would be a disappointment.

Carolina has few strengths on defense. They have names you will know like Luke Kuechly, Gerald McCoy, and Kawann Short. They even have our old friend Bruce Irvin. They just have not been very good at all.

They have allowed an average of 31.1 points per game in the past nine games, including 24 points or more in eight of them.

Their one true strength is a good pass rush. Given Seattle’s reluctance to use the quick passing game, both coaches and quarterback, that could be a factor.

This is a bad pass defense and an even worse rush defense. Four different players have at least 11 missed tackles on the year. Two of those players are safeties in Tre Boston and Eric Reid, which is a really bad place to have bad tacklers.

This will be a game where Tyler Lockett will regain his mojo, and the other receivers will play well. Russell will have his best game in weeks.

Seattle has largely dominated opponents on the ground, even the best run defenses. This is a terrible run defense.

Seattle has advantages all over the place and should be expected to score 30 or more points.

Christian McCaffrey is a great weapon and will challenge the Seahawks linebackers. D.J. Moore is a handful at wide receiver. That’s really it. Stop or slow the run game, and the Panthers don’t have the passing game to be competitive. That is part of why having such a bad defense has sunk this team.

Seattle has been creating turnovers at a frenzied rate. Even in their loss to the Rams, they managed to take the ball away. The Panthers are handing the ball to opponents as quickly as the Seahawks are taking it away.

This could also be a good game for the pass rush to warm up. The Panthers offensive line is weak, without any clearly solid player.

Carolina has not been accurate in their field goals, but they lead the NFL in kicks beyond 50 yards. Otherwise, their special teams is about as bad as the Seahawks have been much of the year.