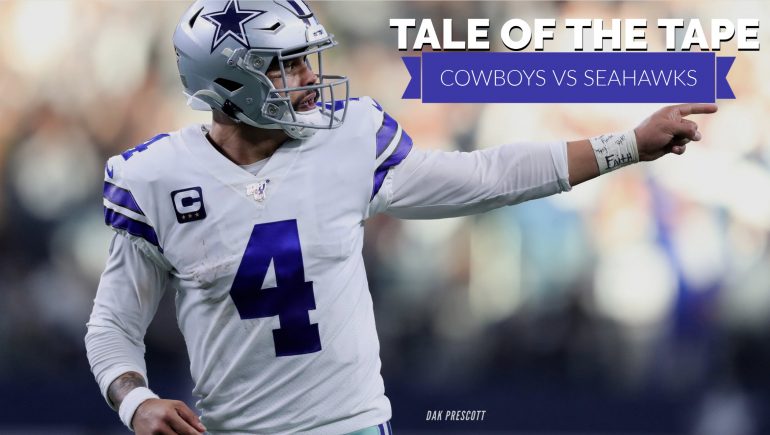 The NFC Player of the Week for week one squares off against the week two winner when Russell Wilson and the Seahawks host Dak Prescott and the Cowboys. Seattle is undefeated, and Dallas was incredibly fortunate to avoid an 0-2 start after a stunning comeback against the Falcons.

This game looks like a shootout on paper. Dallas has a host of weapons on offense and a porous defense. The same is true for Seattle. Whichever offense can be better for longer, or whichever defense can find their spine and make a few stops, will walk away victorious.

It would be hard to bet against Wilson with the way he just torched a secondary that many consider the best in the NFL. The Cowboys defensive backfield will never be mistaken for the Patriots. They are also missing key linebackers who excel in coverage, leaving even more holes for Wilson to exploit.

This is a game the Seahawks should win. Dallas is feeling confident and energized after their comeback against the Falcons, and the Seattle defense will struggle to stop them. The Seahawks offense, though, could very well score on every possession, and the defense has enough playmakers to make a stop now and then. The wild card may be the Seahawks top-ranked special teams unit.

Dallas entered the season with reason to believe they would have one of the best pass rush defensive lines in the NFL. Lawrence has been a beast before. Aldon Smith was resurrected and Everson Griffen was added. They have been mostly awful so far, with just two sacks in two games despite going against teams that threw the ball a ton.

The Seahawks offensive line has held up rather well in pass protection, so this may not be the advantage the Cowboys would hope to have.

Their best player on defense so far this year has been safety Xavier Woods. Awuzie is a solid corner if healthy. Jaylon Smith is a talented linebacker who has not played well so far this year. There just are not many advantages to point to for the Cowboys defense.

They do show some strength in run defense, so if the Seahawks decided to get stubborn about running the ball, that could be a factor.

There is this guy playing quarterback for the Seahawks you might want to hear about. He’s pretty good.

Wilson is the best player in football so far this year, and it is not really close. He should have won player of the week honors again but he got the win where it matters most.

D.K. Metcalf, Tyler Lockett, David Moore, and Freddie Swain have all looked great at receiver, and face a secondary that is similar to the one they cooked in Atlanta. This could also be the game where the tight ends make a larger contribution given the challenges the Cowboys linebackers have in coverage.

Dallas has a great quarterback and excellent receivers. People know about Amari Cooper, but Michael Gallup and rookie CeeDee Lamb are excellent as well. They are as talented of a trio as there is in the NFL.

The Seattle secondary has been torched for two straight weeks. The loss of Quandre Diggs to a disqualification against the Patriots only explains part of the performance. The loss of Blair means Ugo Amadi will be a big part of the game plan, and you can be sure the Cowboys will test him.

Rookie Jordyn Brooks could see the start at SAM linebacker in place of Irvin, which always opens up the chance for miscommunication and youthful mistakes.

Zeke Elliott will be the best running back the Seahawks have faced so far, and the Cowboys are committed to getting him 20+ carries every game. Should Dallas find success on the ground, it could be a key to stealing a win.

Seattle has been a statistically good run defense so far. It’s not clear they have really been tested as they played with the lead in both games.

The Dallas offensive line has not been great in pass protection, but the Seahawks have been terrible in getting pressure on the quarterback. As will be the case every week, Jamal Adams and Bobby Wagner will be key for Seattle. They need those two to make enough plays to get off the field a few times.

There is some advantage in Dallas not knowing what to expect from guys like Brooks and Alton Robinson, who will likely get called up with the Irvin injury.

The Seahawks special teams is the best in the NFL. Michael Dickson won player of the week and Moore leads the NFL in average punt return. That could be big.