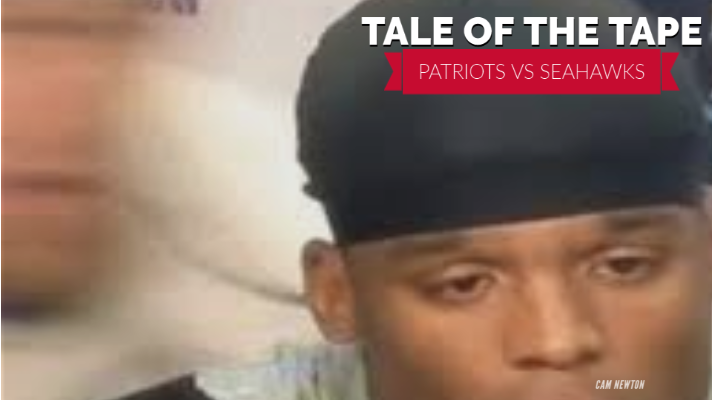 Tale of the Tape: Seahawks Run Defense Key vs Newton and Pats

One play has defined public perception of the Seahawks vs the Patriots, Pete Carroll vs Bill Belichick. What you find if you peer around the massive shadow that play cast is that Russell Wilson, Carroll, and the Seahawks have played pretty darn well against the best coach of all-time.

Seattle has won both regular season match-ups, including a game in New England, and one when Wilson was a rookie. Wilson has his third-highest career passer rating against this team. He has thrown for a total of 6 touchdowns and 0 interceptions in those contests and averaged 320.5 yards passing. His lowest yards per pass was 9.4 when they played in New England. Even in the game nobody in Seattle wants to remember, he averaged almost 12 yards per throw with Chris Matthews as his top target.

Wilson and Carroll have done quite well against the Pats. They have also done pretty darn well against their new quarterback, Cam Newton. The former Panther has just a 77.8 career passer rating against Seattle, and only one rushing touchdown, despite playing four of those six games at home.

So this game should be a walk in the park, right? Maybe.

Seattle’s defensive line, especially along the interior, was shaky in the first half against the Falcons. If Newton and the Patriots running game can find success, they can turn this game into a slugfest where the better defense comes out on top.

I had really hoped the Seahawks would have signed a veteran defensive tackle by this point to play in this game. They did not, so we shall see how this unit performs against a unique and determined rushing offense.

There are more ways for the Seahawks to win this game than the Patriots. Wilson was the best player in football in week one. Jamal Adams and Bobby Wagner were all-pro blurs. I just wish I could be in the stands to watch it unfold.

Stephon Gilmore earned defensive player of the year honors a year ago as the premiere shutdown corner in the game. He has the ability to make life difficult for one of the Seahawks receiving weapons on every snap. J.C. Jackson is the other corner, and is no slouch himself. Devin McCourty is one of the best safeties in football. This will be one of the few games where Seattle will not enter with a clear advantage at the receiver position.

New England lacks a dominant pass rusher. They may not even have an above average pass rusher. Gone are Kyle Van Noy, Jamie Collins, Dont’a Hightower and others who combined for 25 of the teams 47 sacks a year ago. They managed just one sack and two quarterback hits against Ryan Fitzpatrick and the Dolphins in week one. A lack of pressure combined with the Seahawks quicker passing game could spell trouble for the Patriots.

You would like to think D.K. Metcalf has an advantage against any team. This will be a good test for him. Tyler Lockett is a surgical route runner and that plays well against any defense.

Expect to see a heavier dose of Chris Carson running the ball this week, but this will be Wilson’s game when all is said and done.

The Patriots offensive line is pretty darn good. There was not a clear weakness in week one despite missing some former starters who opted out of the season due to Covid.

What is harder to tell is whether the scant 24 pass block snaps they saw aided their excellent pass blocking grades. We will not know just how good this line is until a team forces them to throw more often.

Newton brings a unique talent to the table, and will challenge a still questionable defense for Seattle.

Julian Edelman is exactly the kind of slot receiver that made the Marquise Blair move to nickel corner hard to imagine. This will be a tough test for the second year player.

One thing we can be pretty certain of is that Adams and Wagner are elite players at their positions. Wagner answered questions about whether last year’s performance decline was age-related by putting on a show in Atlanta.

Those two players alone could be enough to shut down this Patriots offense that was far from impressive in week one. After a very discouraging start in defending the run, the Seahawks showed improvement in the second half, allowing the offense to extend the lead and force the Falcons to abandon the run. That is the formula for success this week as well.

As long as the Pats can keep the game close and pick up first downs on the ground, they have a shot. If Seattle can force Newton to be a volume passer, he will make enough mistakes to lose.

Nick Folk missed his only field goal attempt last week, and has not been reliable for the Patriots. Michael Dickson had a big day in Atlanta, and the Pats did nothing in the return game. If this game turns into a grinder, Dickson could be the difference.