Winning a game on the road is never easy, especially for the Seahawks. Beating a playoff contending team that is above .500 on the road is even harder. This week is different. Despite all the Seahawks history losing on the road and the epic struggles from their quarterback, the Seahawks have no excuses going into this one. The Bucs have allowed 369 yards rushing in the last two weeks to the #23 and #28 rushing teams in the NFL. They have the second fewest sacks in the NFL, with 20, and they have no healthy player that has registered a sack in the last three weeks. A key strength of their defense has been a secondary that included Ronde Barber and Aquib Talib. Talib is now on IR, as is their starting free safety. They just signed a player off the Buffalo Bills practice squad to play. Going from having a great secondary to signing players of the Bills practice squad? Ouch.

Drew Stanton passed for over 250 yards and a 91.3 QB rating last week against this defense. Maurice Morris ran for 109 yards and a 7.3 average per carry. Mike Williams will have had another week of practice and healing, as will Ben Obomanu. Marshawn Lynch and Justin Forsett averaged over 5 YPC last week, and the offensive line has largely settled in finally. Seattle’s offense should put up over 400 yards and score at least 21 points on their own. Turnovers will be key, more because it will be in everyone’s mind. The offense should be able to overcome some mistakes, but psychology just has to be factor given the events of the past few weeks.

It would be easier to be bullish on the Seahawks defense if Junior Siavii wasn’t hurt. The Bucs are 1-4 in games in which they have rushed for less than 100 yards. That’s notable not just because of the record, but because they’ve only been held under 100 yards rushing five times all year. The Bucs should be able to move the ball and score on the Seahawks. Seattle has had little luck in creating turnovers or pass rush on the road recently. Finding a way to two turnovers could seal the deal for the Seahawks.

It is rare to expect a team struggling the way the Seahawks are to win a game on the road against a quality opponent. The team should be expected to win this game. The conversation would be quite interesting next week if Matt Hasselbeck throws for 400 yards and 3 touchdowns in victory. It also could be equally interesting if Charlie Whitehurst relieves him and has a breakout performance against a bad defense. The biggest obstacle in the way of a Seahawks win is going to be Jeremy Bates. Only two teams average less rushing attempts per game than Seattle. Bates *must* challenge the Bucs run defense consistently. It will help his offense, his defense and his quarterback. 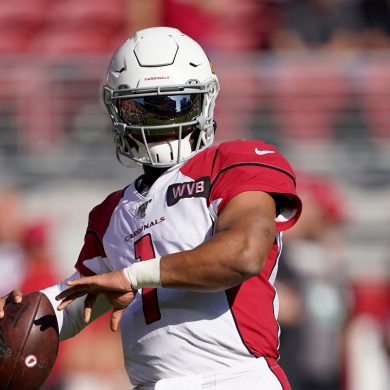