THIS WEEK
Week one power rankings are in the books. As always, these rankings become far more predictive of team strength after 3-4 weeks. That said, seven of the top ten teams in week one rankings last year made the playoffs. The table below shows each teams strength rating and how it compares to where they ended in Week 17 last year.

One of the more striking results is the Seahawks finishing within 0.1 of where they were last year. Detroit in the top spot looks very odd. Then again, they were 5th in the rankings this time last year, and were one of the three top ten teams that did not make the playoffs. Denver was the top team after one week last year.

You will find my rankings compare favorably to the ones published at FootballOutsiders.com, and are published far sooner. 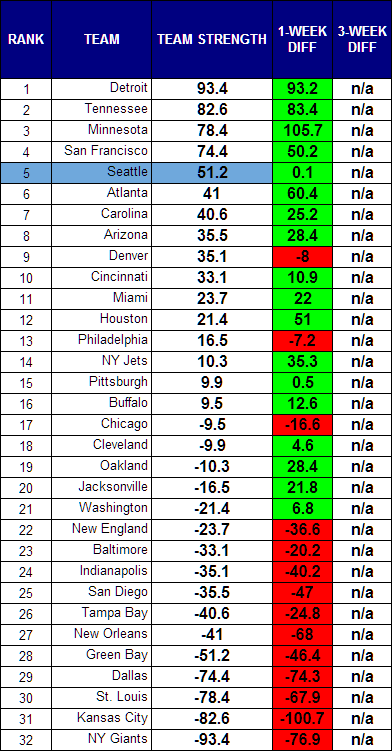 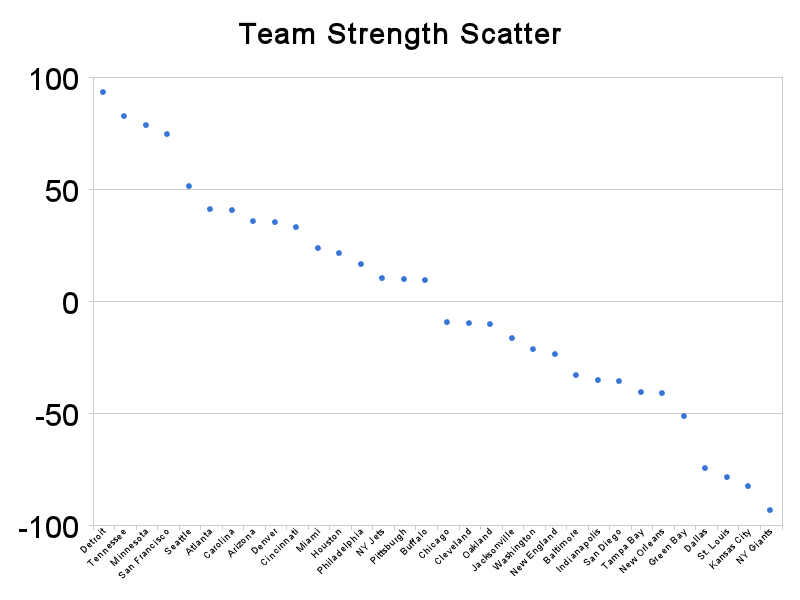