THIS WEEK
The Seahawks fall all the way down to #18 this week due to their strength of schedule taking a big dip from facing the winless Raiders and many of the teams they have faced (Denver, Dallas, San Diego, Carolina) suffering sizable losses. Seattle also still has a negative passer rating differential as Russell Wilson has had two bad statistical performances in a row.


Miami is making a strong step forward, entering the top ten. Buffalo has also stepped up their game over the last three weeks, gaining 17.5 in team strength. New Orleans has made one of the largest jumps just in time to play the 49ers this week. 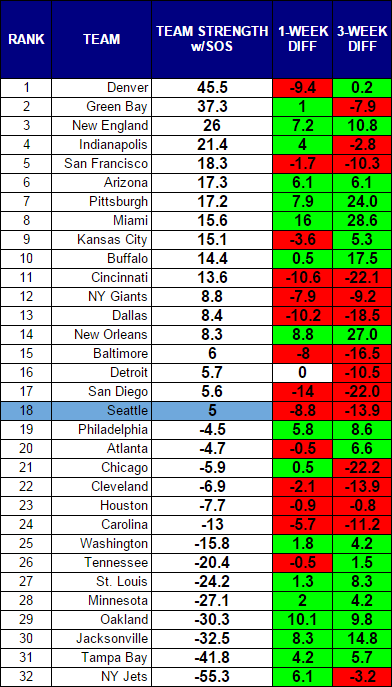 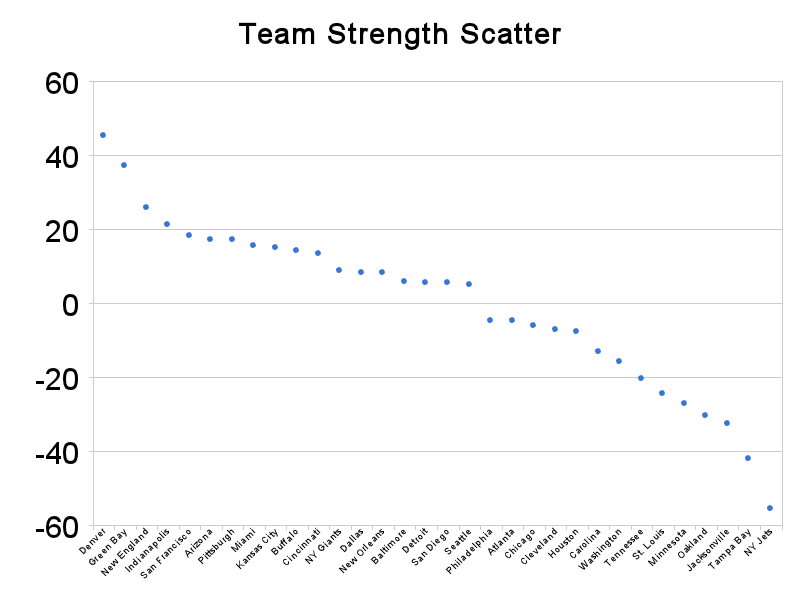