THIS WEEK
The Patriots take over the top spot, largely due to a Packers team that took one of the largest steps back last week. Arizona missed a chance to climb higher, and the Bengals continued their methodical climb into the elite. The Jets, on the power of their defense, are a surprise team in the top five. Seattle, as a perfect fit in their bizarre season, gains strength a second straight week following a loss. 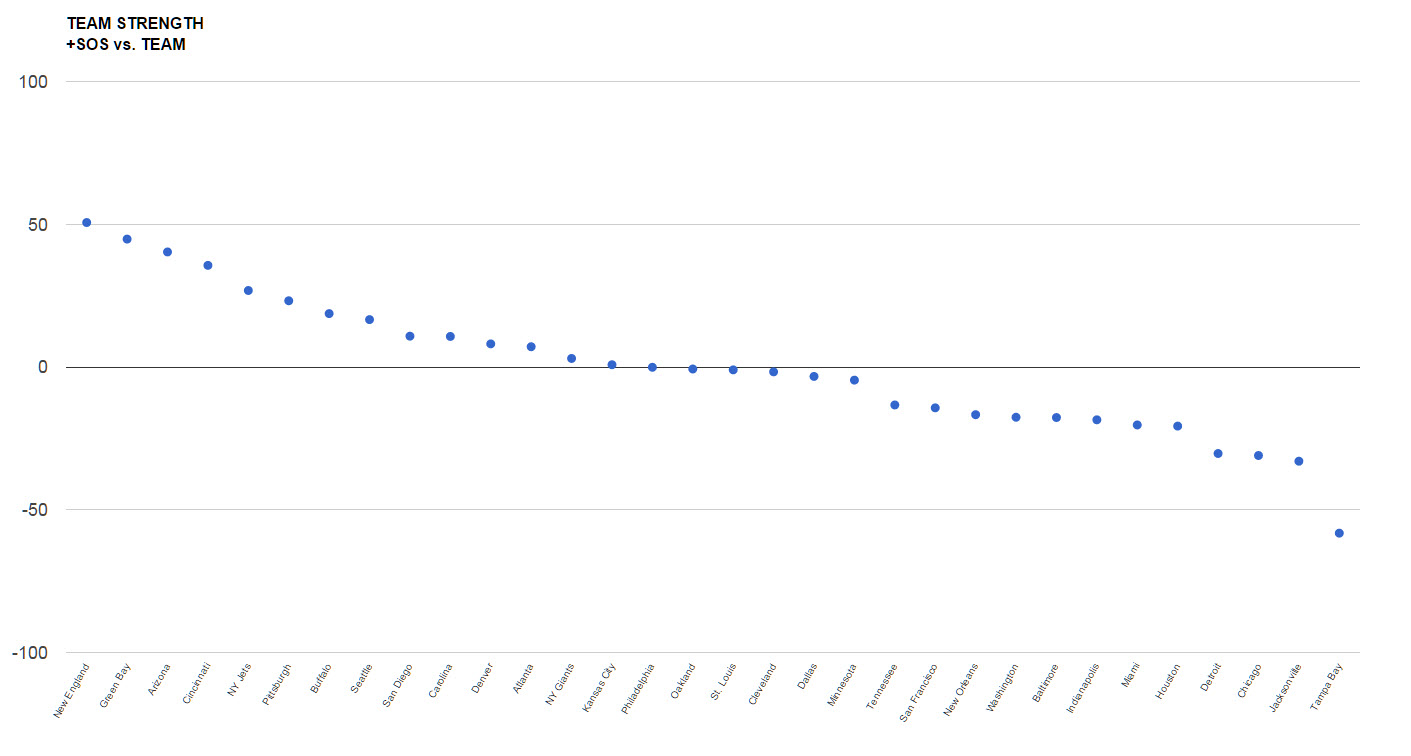