Seattle retains the top spot after beating the Browns. Arizona gains a little ground, but still remains in the second spot. A good showing this week against the Packers could help the Cardinals regain the top spot based on strength of schedule alone. The Chiefs are buoyed by the toughest SOS of any team in the NFL. Pittsburgh has the second toughest. The Steelers are in interesting challenge for the rankings.


The formula favors team efficiency. The Steelers are a very different team when Ben Roethlisberger is on the field, but all the Michael Vick and Landry Jones snaps are baked into the season stats. Roethlisberger also throws some interceptions, especially at the passing volume he is reaching of late. That leads to a good-but-not-great team passer rating of 92.3, while the Steelers secondary allows a porous 94.1 passer rating to opposing teams.That the Steelers have a negative passer rating and still appear in the Top 10 is attributable to their SOS.

In other words, the formula wants to rank the Steelers even lower, but their schedule pushes them up. Seeing how they have been playing, one could argue they deserve to be even higher. Their three-week gain is second only to the Seahawks. That is a good indicator of which team is hottest.

I have been watching the Redskins out of the corner of my eye, knowing the Seahawks may face them in the first round. I was surprised to see they were so far down in the rankings, and also that they have not gained all that much team strength over the past three weeks. They feel like a hot team, with Kirk Cousins putting up numbers comparable to Russell Wilson and Cam Newton over the past five weeks. Don’t believe it? I’ll post about it later.

The Redskins are undone by a weak defense. They have a negative point differential, a negative run differential, and barely are above water in passer rating differential. They also have a weak SOS. We can break that team down further should they stand in the Seahawks way come playoff time. 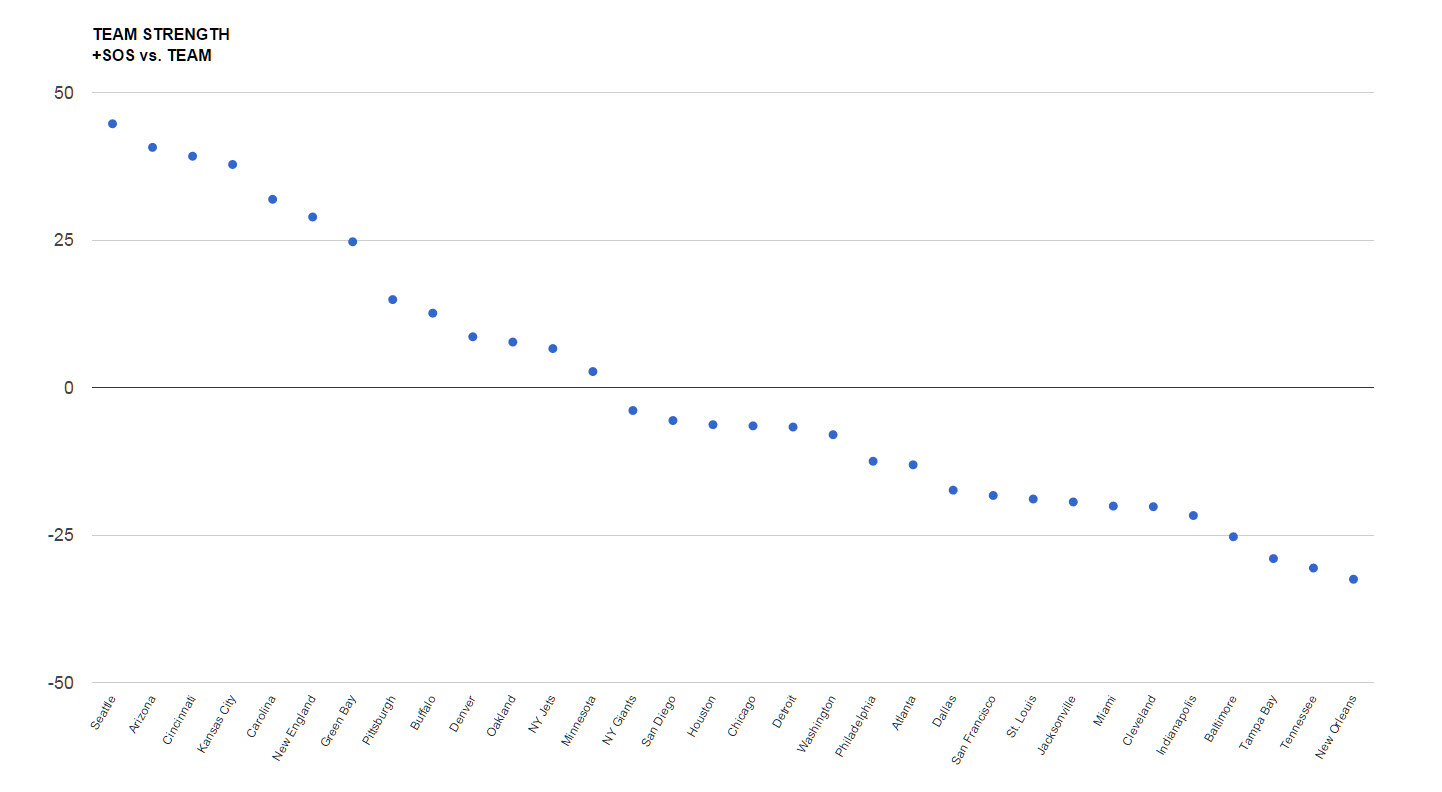