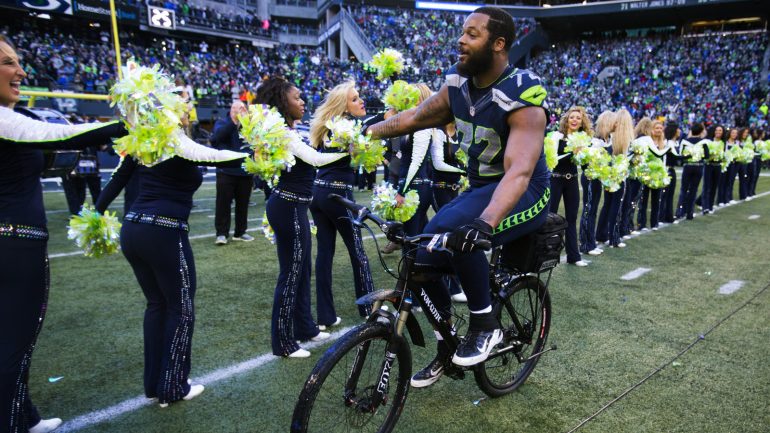 The surprisingly tranquil Michael Bennett offseason turned stormy again today as he was quoted as telling The Huffington Post that, “If you don’t think I’m valuable, then get rid of me.” ProFootballTalk went as far as to imply that Bennett’s new agent, Doug Hendrickson, may encourage his client to follow the Marshawn Lynch playbook and hold out during camp. Bennett has been consistent in multiple interviews that he would absolutely be at training camp, and seemed surprised anyone was even asking the question. One could excuse Seahawks fans for feeling a bit gun-shy a week before camp given the Kam Chancellor drama that unfolded days before camp last season. Nobody questions just how valuable or good Bennett is. The question remains whether the Seahawks should reward him with two seasons left on his current deal. The answer is a resounding maybe.

There are certain realities that Bennett may choose to ignore, but he cannot escape.

He was a free agent the year after the team won the Super Bowl. He played a starring role on that team. There was demand for his services, but nobody was giving out the mega-deals we are seeing now. The top contract for a defensive lineman that offseason went to Michael Johnson, who signed a five-year, $43.75M deal with Tampa Bay. That works out to an average of $8.75M per year, compared to Bennett’s $7.1M per year.

The cap had gone up another $10M that season, and teams were more aggressive in giving out money. Bennett’s situation was exacerbated all that much more since he was also a free agent in 2013 when nobody was giving out big contracts, which allowed Seattle to get him and Cliff Avril on board for one-year deals in the first place.

Bennett has stated publicly that he was offered more money to sign with at least one, and possibly two other clubs. He could have gone to play with his brother in Chicago. Instead, he has said that he chose to sign for less money with a team he believed in and loved playing for.

It was a noble decision. It was his decision. Not his agents. Not the Seahawks. His. He could have signed another one-year deal and rolled the dice like the Darrelle Revis’ of the world. He didn’t. It is absolutely reasonable to regret that decision. Being angry at others for a decision he made seems unproductive.

If there is one part of this that fans have the hardest time relating to, it is this. He was free to sign any deal he wanted. He signed this one. Pointing fingers at John Schneider and the Seahawks for offering him $32M hardly makes much sense.

You know who else is making exactly the same amount of money as Bennett, and I mean exactly? You might know him. His 9.0 sacks last season were one less than Bennett, and his 22.0 sacks over the past three seasons are just 3.5 less than Bennett’s 25.5 total. He is one year younger, but unlike Bennett, plays just two of the four positions on the defensive line. His name is Cliff Avril. There should not be much argument that Bennett is a more valuable player than Avril, but they are not exactly in different stratospheres. One could argue the biggest difference between the two players is Avril’s silence about being the 11th-highest paid 4-3 defensive end in the NFL. 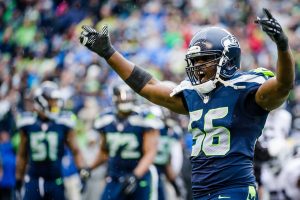 Everyone knows this one by now. With two years left on his deal, it makes little sense for Schneider to redo Bennett’s deal right now. He has been clear that players with one year left on their deals come first, and will not change that for Bennett.

The “yeah, but he’s damn good and I want him in Seattle” club

Being righteous about the situation as a fan, and retreating to the comfortable position that nobody making millions of dollars has a right to complain about their salary, is fine for some. Many of those same people crucify GMs for not spending through the roof to sign the next glitzy free agent, or bemoans how the team can’t sack the quarterback. As Schneider has said so many times, assembling a championship team is like solving a puzzle. Except, the puzzle pieces and the board change shape over time in this puzzle. Players get older. They get better or worse. The cap goes up. Other players get injured or ascend and earn a larger role.

Bennett is significantly underpaid for the production he provides the Seahawks. There are very few players who can create pass rush inside and outside, as well as create havoc as a run defender. He is a great leader, and showed that even more with the way he played last season despite his dissatisfaction with his contract. It would be nice to give him more money, but there are 52 other guys that will make the roster and need to get paid as well.

He could hold out

He could. Seems pointless. He will lose more money, and the Seahawks did not blink on Kam Chancellor. There is little reason to think they would handle Bennett differently. The best way to get more money is not to start by getting less. His agent could encourage to take the Lynch route, but the agent also knows the truth about what the route got Lynch which was not much. The Seahawks simple converted some non-guaranteed bonuses (that were very likely to trigger) into guarantees. Lynch did not technically make any additional money from holding out.

Bennett has also been clear that he plans to be in camp. He is a smart guy. This would be a less-than-smart move.

Schneider could renegotiate his deal out of respect

Riiight. Pete Carroll and Schneider had to love the way Bennett handled himself last season. That does not mean they are going to tear up a deal they are likely very pleased with. Bennett can call them all the names he wants and try to antagonize them. Schneider won’t budge unless it helps the team.

Schneider could extend him

Nobody seems to talk about this possibility. Bennett will be 32 when his current deal ends. He has played well enough and pass rush is hard enough to find that Schneider could decide to give him another year or two tacked onto the end of his current deal, and shift some money around for cap management should he so desire.

This is slightly different than renegotiating his current deal. Renegotiation implies the length of the contract does not change, but the amount due to the player does. In almost all cases, renegotiations result in less money for the player. An extension is something a team can do when it wants to avoid free agency for a player before they hit the market. Signing a player to an extension with a couple years remaining usually is something players would resist since their leverage is lower.

If Bennett was 28 instead of 30, the logic of signing him to an extension now would make much more sense. Most teams would not gamble on extending a player who will be 32 when his deal is up. One could argue it might make sense for the Seahawks to entertain the idea if it means Bennett will be happier and the team believes he can be productive for at least one more year. I doubt there would be enough incremental money through that process to satisfy Bennett, but there would be something.

On the team side, they need to consider the reality that Bennett would seem far less likely to resign if they let this play out another year. Maybe that is fine. Maybe it is not. Schneider has to peer into his crystal ball and predict the size of the puzzle board and the shape of the pieces he will have over the next two seasons to make that call. In the meantime, Seahawks fans will wring their hands a bit until #72 strolls onto the turf in Renton next week.