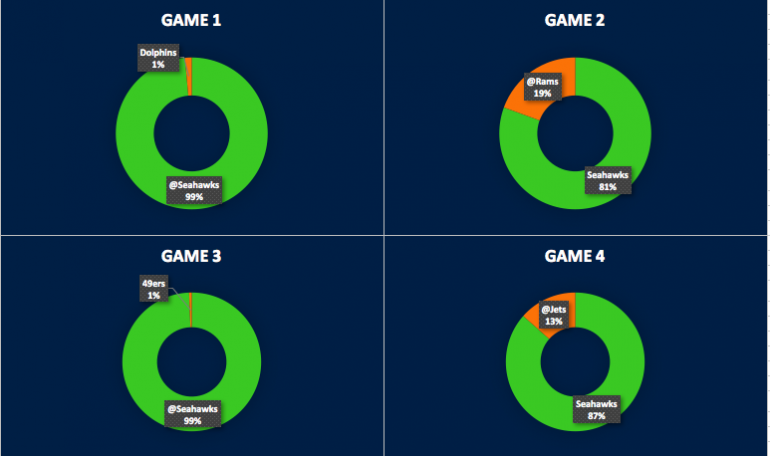 Nearly 3,000 of you responded to our reader survey asking who you thought would win each game of the Seahawks season. We have compiled the results and ready to share them. 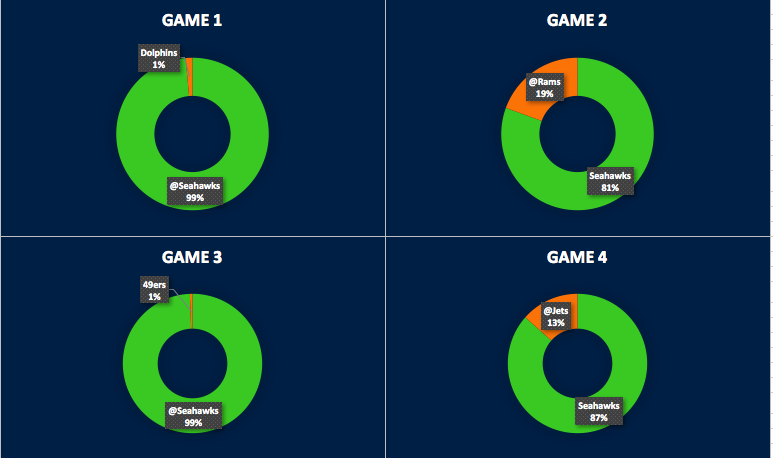 The first four games include a game against the Rams that ranked as the least confidently predicted win with nearly 20% of readers thinking the Seahawks will lose. There is no question that will be a pivotal contest. Contrast that with the first and third games where a whopping 99% of readers are expecting victory. 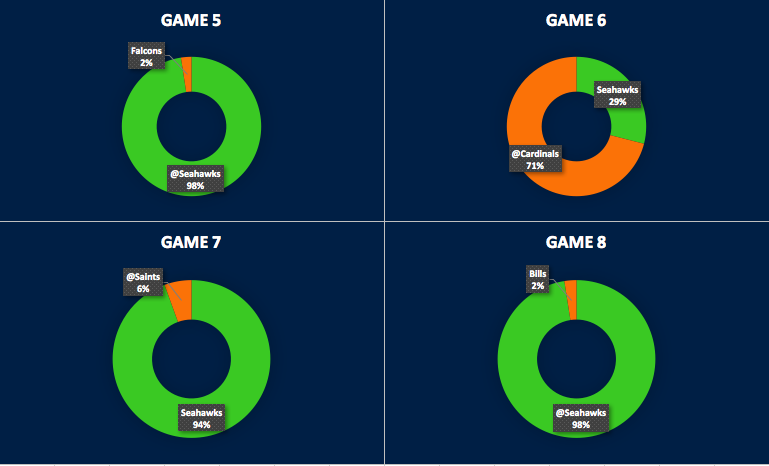 This lot has the first predicted loss of the season for Seattle in Arizona. Interestingly, though, that was the most optimistic readers were in any of the expected losses with almost 30% thinking the Seahawks will steal a victory down in the desert. I was a bit surprised to see just how confident readers were in the Bills game. Seattle will be a favorite at home, but that’s a tough defense and emerging offense. 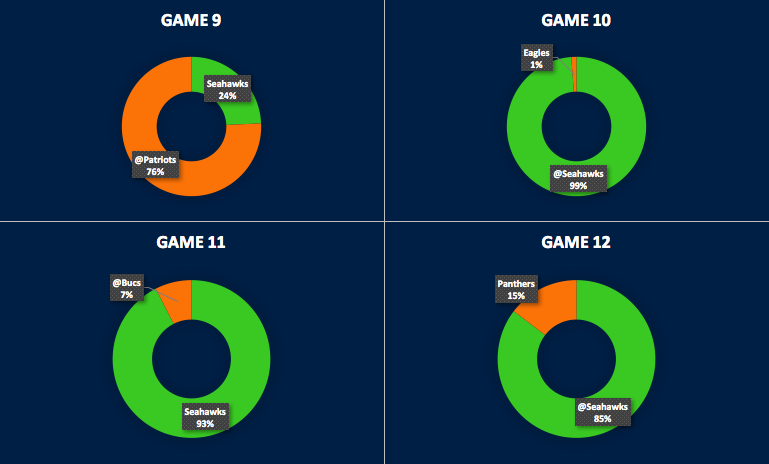 Readers see another loss in New England. That was the game readers saw as least likely to result in a Seahawks win, with just 24% seeing Seattle come out on top. The Bucs are getting the short-shrift a bit with only 7% seeing a Tampa home win. That’s a cross-country trip against some good young talent. Carolina enjoys the most respect from readers in terms of visitors to CenturyLink Field with 15% thinking the Panthers will win for the second straight year in Seattle. 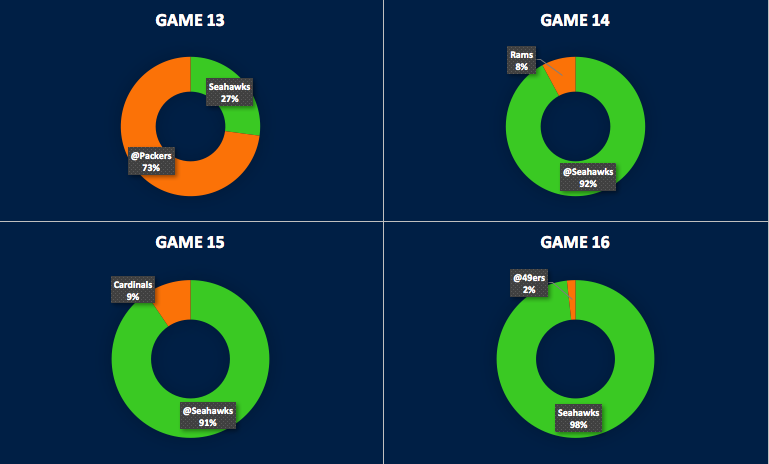 Most people are predicting another loss in Green Bay, but Seattle enjoys the confidence of more than 90% of readers in their last three games.