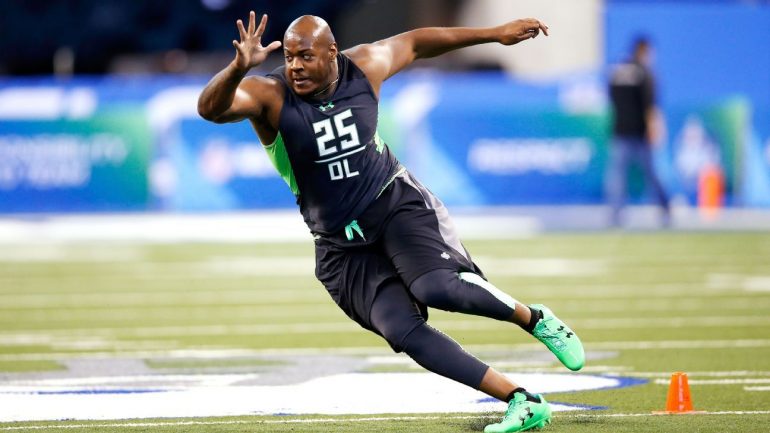 Quinton Jefferson, a 6’4 and 291lb rookie defensive tackle out of Maryland, was little known among fans when Seattle selected him in the fifth round. The scouting report from NFL.com summed him up like this:

High cut 3-­technique with good upper body strength but below average lower body power to take a stand. Jefferson flashes penetration ability and some pass rushing talent, but he needs to be fitted to a 1­-gap, upfield defense and will have to make a team as a rotational lineman.

Through three preseason games, we can see quite a bit of truth in that statement. The Seahawks have used Jefferson as a three tech in their passing down subpackage, with few snaps in their base defense. His use in this role was on display against the Cowboys. Dallas got the ball with a little more than three minutes to play, putting together a 12 play drive that finished with a field goal to end the half. Eleven of those plays were passes, and Jefferson was on the field for nearly every one.

Watching Jefferson on that drive, the first thing that jumps out is his explosion off the snap. This paid huge dividends on stunts, as Jefferson comes off the ball so fast that he’s able to force help from a second lineman. This double team opens a lane for a twisting end, like on this play.

Jefferson shoots the B gap, forcing both the guard and the tackle to engage him. Frank Clark quickly wraps around to the A gap and, with the guard unable to recover after reacting to Jefferson’s pressure, has a clear path to Prescott.

This quickness is also effective in allowing Jefferson to create his own pressure.

Jefferson is still a rookie though and, while he’s impressed with his physical tools, he needs to show better technique. There is far too many plays like this.

When Jefferson doesn’t immediately win with quickness he needs to have a move or two to get him off his block. Right now he mostly relies on a bull rush that hasn’t been effective. The good news in that Jefferson has a strong upper body and some pretty violent hands. He rocked the Dallas offensive linemen a few times.

Jefferson also showed a really nice swim move while at Maryland. He’s got the ability, he just needs to show it.

While Jefferson will likely not be much more than a pass rush specialist this year, his biggest play against Dallas came against the run.

(Jefferson is lined up across from the RT)

This play should be taken with a grain of salt, considering that the left tackle, Doug Free, is pulling. Jefferson is again relying on his quickness, and he’s give Free a baby stiff arm right into the path of Alfred Morris. He was able to make a similar play later in the game.

Here the Dallas line is downblocking, with the LG trying to slow Jefferson so the LT can pick up the block. When the offensive line can get defensive linemen moving sideways it becomes very easy to move them downfield. Jefferson doesn’t get washed out though, and he’s able to anchor down and slide off the LT right into the cutback lane.

These plays against the run are encouraging, but we should expect the Seahawks to work hard to keep Jefferson off the field on runs. As it stands right now, Jefferson’s technique is little more than bull in a china shop. When he’s able to shoot a gap he can be very effective, but he’s yet to show much beyond that. And that’s ok. He’s a rookie with a defined role that he should be able to excel at right away, and the potential to grow into much more.