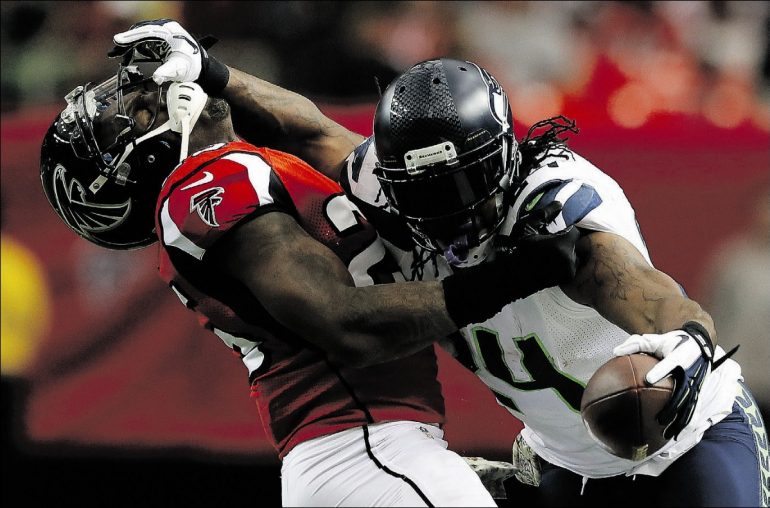 The Atlanta Falcons are currently in Seattle preparing for what is shaping up to be a battle of the elements this Sunday. With increasingly strong winds and a high chance of rain, the weather will surely play a factor in game dynamics. Through the first five weeks of the 2016 season, the Falcons have come out guns blazing. As the Atlanta offensive line has matured under the leadership of center Alex Mack, the connection between Julio Jones and Matt Ryan has grown into an increasingly lethal force. The team currently holds the records for both offensive yards per game (457.4) and points per game (35).

Matt Ryan has thrown for 1,740 yards, twelve touchdowns, and two interceptions with a 69% completion percentage and a 10.36 YPA. Those are absolutely mind-blowing numbers. Devonta Freeman has rushed for 410 yards on the season and is averaging 5.3 yards per carry. Julio Jones is #3 in receiving yards with 517 yards and three touchdowns on the season. The Falcons currently have the #1 offense in the league. And it’s not close. However, despite the impressive start to the season for Atlanta, they will be facing their toughest defensive competition this Sunday. The Seattle Seahawks currently bolster the #2 passing yardage defense and have only surrendered one receiving touchdown on the season (ranked first in the NFL). The first key to Sunday’s game will be putting together an effective pass rush. If Seattle can put pressure on Matt Ryan and disrupt their passing rhythm from the start, the Falcons might be off to a slow beginning. If Seattle hopes to contain the Falcons dynamic offense, a three and out to begin the game would set them off to a good start.

The second key to a Seahawk victory on Sunday will rest on the shoulders of Richard Sherman. Julio, largely considered one of the best receivers in the game, will be a constant target for Matt Ryan and a focal point to their offensive game plan. Take away Julio and everything changes. Make them beat you another way. I fully expect Sherman to shadow Jones and effectively remove him from the game. Julio is good, but Sherman is better.

The final key to a Seahawks win on Sunday will be Seattle’s running game. Through the first five weeks of the season, Seattle hasn’t bolstered a dominant rushing attack. Christine Michael has become increasingly effective, but the run blocking hasn’t been what it used to be in previous years. With the weather surely playing a factor in Sunday’s game, Seattle may need to chill out on airing it out. Or maybe I’m completely wrong and Russell Wilson throws for 500 yards and seven touchdowns.