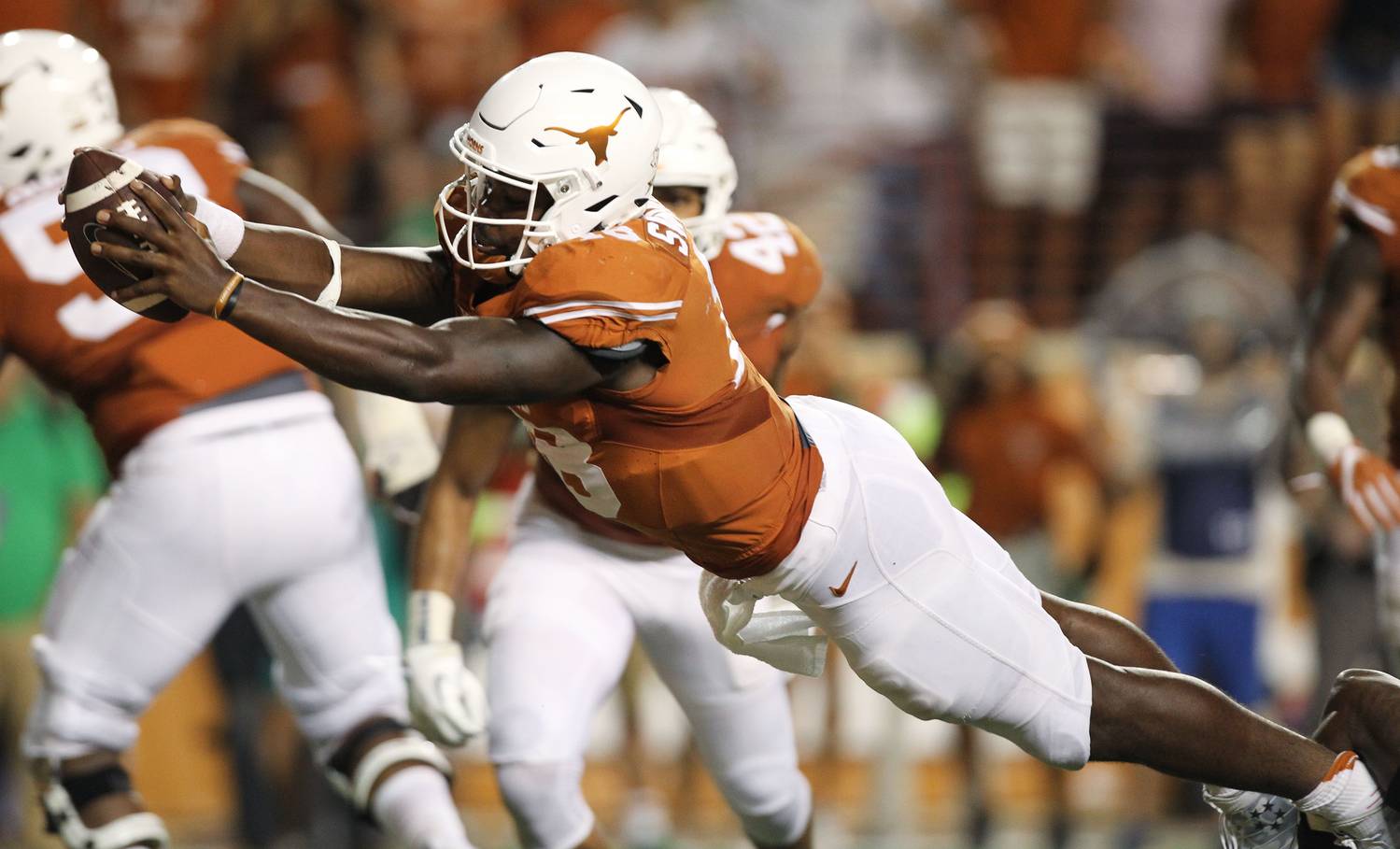 We are days away from the start of the Seahawks 2017 training camp. It is a time when dreams come true for some, and come to an end for others. This is one my favorite times of the year. Someone always surprises. It could be a young veteran who finally turns the corner, a good starter who is ready to become great, or a rookie emerging from the crowd. No team in the NFL has done a better job at finding diamonds in the rough than Pete Carroll and John Schneider’s Seattle Seahawks. They have more undrafted free agents on their roster than any other team in the league. They go father, though. Other teams castoffs, like Chris Clemons, can become key contributors. Given all the attention this team gets, I wanted to highlight four players you may not have heard much about who could make some noise once camp opens. Swoopes was an interesting player in college. He was recruited to be a quarterback at Texas, but was beaten out for the starting role. The team built a special “18-wheeler” package around him, however, that made use of his strength and talent as a runner. They tended to use it in short-yardage and goalline situations.

He decided to tryout as a tight end for the NFL given he had no hope of making it as a quarterback. What happens from here on out is anyone’s guess. At 6’4″ and 254 pounds, he is roughly the same size as Luke Willson (6’5″ 254 lbs). His comfort with contact could make him an interesting weapon after the catch. It is the longest of longshots, but this exactly the kind of story worth following as camp unfolds.

McKissic falls into a different category than Swoopes. He has already made an NFL roster, first with Atlanta Falcons and then with the Seahawks last year. This is just his second season in the league, and he is also changing positions. Used as a running back in Seattle last year, he has been asked to switch to wide receiver. McKissic is diminutive, but shows some impressive agility. Those who watched Taylor Gabriel take the league by storm in Atlanta last year know what a jitterbug can do to an offense. In fact, Gabriel ended up replacing McKissic in Atlanta. You read about how he was a camp star for the Falcons and a surprise cut here. He has a lot of competition at WR in camp, which makes him a super sleeper to make the final roster. Still, I see potential here.

This was a guy who opened my eyes last year. He struggled for much of camp, but had a fantastic preseason game against the Raiders. He delivered some punishing hits, and made surprisingly quick breaks on the ball. He wound up making the final 53-man roster and stuck around through the year. He now has a full season and offseason in the books under the tutelage of the Seahawks coaching staff. I like his size and competitive nature. He a better athlete than Jeremy Lane, and I believe his ceiling might be higher. That is almost all projection at this point, but that’s what I see. While all eyes will be on Lane and Shaquill Griffin, I will be watching how Elliott performs. It is not out of the question that he wins the starting corner job opposite Sherman.

Brown is another undrafted free agent rookie. He was often a runner at BYU, but the Seahawks see him as a fullback. His athleticism is elite for the position. Seattle likes to utilize players with great vision at the fullback spot to help find the holes and lead their running backs. There will be a vicious fight for the few snaps the team utilizes a fullback. Kyle Coleman is the current favorite, but I am excited to see what Brown can bring to the table, both at fullback and on special teams. Marcel Reece was a quietly impactful addition to the offense late last year. A fullback like Brown could be more than just a lead blocker.