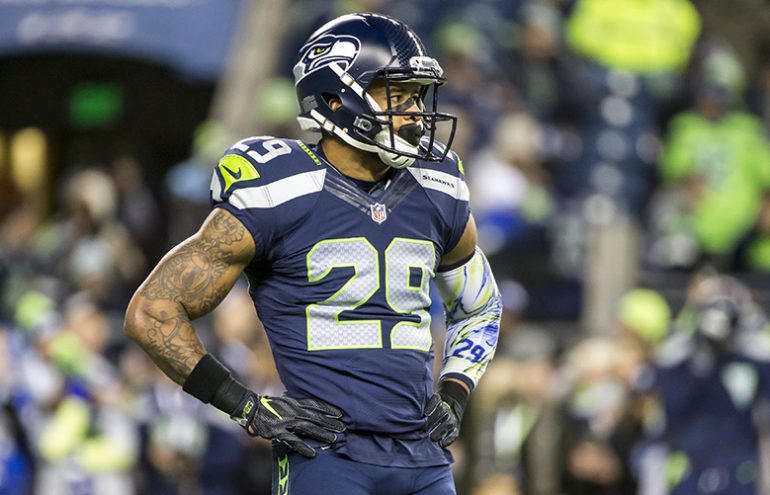 The Seattle Seahawks should not trade Earl Thomas

Let’s skip all the introductory crap: the Seattle Seahawks should not trade Earl Thomas. Let’s say it louder one more time for the people in the back:

The Seattle Seahawks should not trade Earl Thomas.

Ever since being drafted 14th overall back in 2010, Earl has been everything Seattle has ever hoped for. He’s met every standard, he’s achieved every goal, and he’s performed when no one else has. He’s a hall of fame free safety with a reasonable case for being the most talented, disruptive, and accomplished safety in NFL history. In an age where the league prioritizes offensive gains, Earl makes his presence known.

For years he has served as the lynchpin of the Legion of Boom. In eight seasons he’s missed a grand total of seven games. Five of those seven games came in 2016, after he freakishly collided mid-air with Kam Chancellor attempting to intercept a pass from Cam Newton. If 2016 taught us anything, it’s that ETIII’s presence is essential. Here’s a fascinating excerpt from Football Outsiders, discussing the impact of Earl’s 2016 absence:

He’s a five time All-Pro, six time Pro-Bowler, Super Bowl Champion, and the lynchpin to the decade’s greatest secondary. And don’t even try to tell me that value is declining, that his talent is declining, that his career is declining… are you kidding me? He may have missed two games in 2017, but he was still very much Earl Thomas. Here’s just a couple of examples…

Personally, I believe there are three sacred cows on this team: Earl Thomas, Bobby Wagner, and Russell Wilson. You don’t even answer a trade phone call unless you know the opposing team is offering an absolute eternity of draft picks.

In 2018, Earl will carry a $10.4M cap hit (ranked 5th out of all safeties). Considering the value he provides, that is an incredibly reasonable number. So what do you do with Earl? He wants a new contract, and he likely wants to be the highest paid safety. Well guess what: he deserves it. He’s a 28 year old Hall of Famer. Let me say that one more time: Earl Thomas is a 28 year old Hall of Fame free safety. Extend him to a 3 year deal at $15M per year with reasonable guarantees. If you’re worried about 2018 cap space, don’t be. Extending Earl would lower his cap number for 2018 (freeing up additional space). If you really want to, you could probably get out of the deal in year two. I promise you….he’s worth it.

I spoke with Jason Fitzgerald of Over the Cap, who said this:

“From a logical standpoint I don’t see how they could invest all that money in Kam Chancellor and then somehow decide they want to move on from Thomas. I think because of the way the team has handled extensions in the past with players Thomas should strongly consider holding out and make it pretty well known (which I think he has already done) to force their hand into making him the highest paid safety.  I don’t see the value in a trade and I think he can still be highly effective for the next 2-3 years which in my mind justifies an extension.”

If you trade him for a second round pick (which has been the rumored compensation), you’ll greatly regret it.

Over the years, the Hawks have set a precedent for extending their cornerstone talents entering the last year of their deals. Earl is entering the last year of his: he deserves a new deal. You can make arguments to trade many different players, whether it be Sherman, Wright, Britt, Kam, Bennett — whoever it is, I’ll listen. But you don’t trade Earl.

Every once in awhile a generational talent will fall into your lap. You don’t let those players walk. Earl Thomas is one of those players.