THIS WEEK
Arizona would be the top team in the NFL by a significant margin except for the fact that they have had the easiest schedule to date. That knocks them below the Packers and the Bills. New England is coming off of a glitzy blowout victory over Jacksonville, but their defense and running game is pushing them farther down the rankings. Denver continues to be a quietly powerful team that features the best defense in football so far. 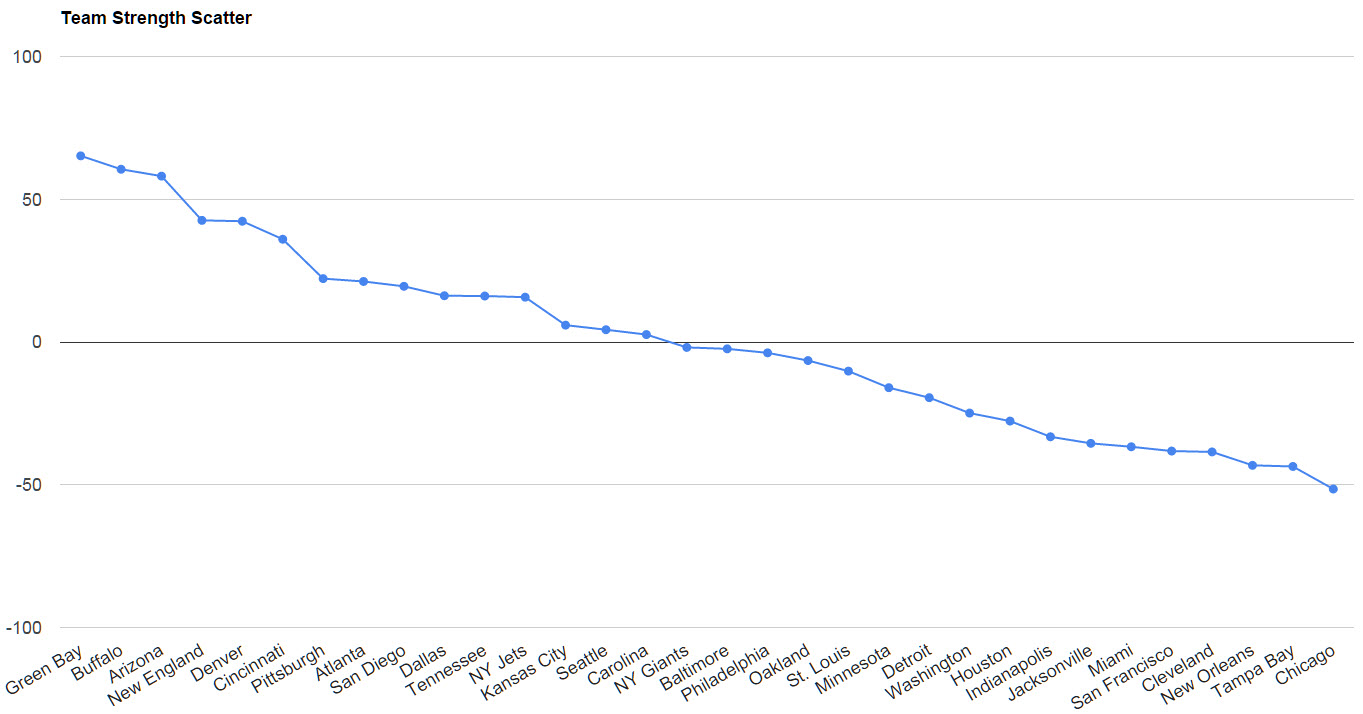