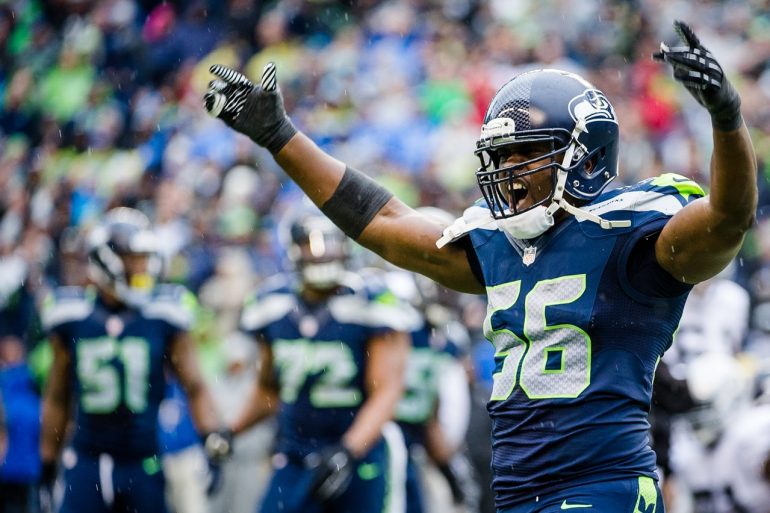 5 Reasons the Seahawks May Have Their Championship Edge Back

Little can be ascertained by watching NFL teams go through workouts in shorts and helmets. Fans desperately want to find reason to believe a player is poised for a breakout season or that their offensive line is ready to take a step forward. The truth is we won’t really know until the regular season begins. Even preseason games are often misleading when it comes to player and team performance. There are some intangibles, though, that are worth paying attention to even at this early stage, and they are painting a promising picture for the Seahawks.

It feels like it has taken two full seasons for the Seahawks to adjust to life as the hunted. Becoming the second-youngest team to win a Super Bowl comes at a cost. A team full of brash brawlers who spent their lives trying to prove everyone wrong had done exactly that. Now what?

It does not take being a player to know what winning it all can do to motivation. Lifelong Seahawks fans could not help but feel a thirst quenched when the confetti fell. Speaking personally, I am not sure I will ever be as hungry for a championship as I was before Seattle won their first.

In the years that followed, the Seahawks faced distractions in the form of fame, money, and roster churn. Big contracts were handed out to some, and not to others. Money equals respect in pro sports. Seeing players get respected disproportionately to their contribution and leadership leads to fissures. Those cracks weaken the team core.

This version of the Seahawks is showing signs of growth, patching those cracks, and potentially coming out stronger for it. Kam Chancellor did not have to come back with a good attitude and full participation in the offseason program. There was another path he could have walked that likely would have landed him on another roster, and possibly with more money. Similarly, Michael Bennett could have held the team hostage after he did everything right last year and was not rewarded with a new extension. He did not, and has even lightened his rhetoric. Doug Baldwin led the entire NFL in touchdowns, far outperforming his contract, and has done nothing to take focus away from the team.

Earl Thomas, Richard Sherman, and Chancellor were all coming off injury at this time last year. Thomas barely participated in preseason activities. Jimmy Graham and Thomas Rawls are both rehabbing serious injuries, but are reportedly on track to start the regular season. I find that a bit hard to believe, but certainly prefer that outlook to reports of setbacks.

Even if Graham and/or Rawls start the season on the PUP, the team has everyone in good shape that finished the season on such a roll.

One of the biggest questions facing Seattle is how they will replace Marshawn Lynch. Rawls was fantastic in his rookie season, but cannot be counted on due to injury. That’s okay because the Seahawks have a treasure trove of runners competing for snaps. I heard whispers inside the organization about how well Christine Michael was doing this offseason, and those have turned into public proclamations last week after mini-camp. Alex Collins, C.J. Prosise, and Zac Brooks are talented rookies who will push both Michael and Rawls for playing time.

Bruce Irvin is gone, but there is an army on the roster to replace him. His starting SAM role is less important than most realize (comes off the field in nickel and dime situations), and the team has a choice of Mike Morgan, Cassius Marsh, Eric Pinkins and Kevin Pierre-Louis to take those snaps.

His nickel pass rushing duties will go to a combination of Frank Clark and Chris Clemons, with sleepers like Ryan Robinson and others waiting in the wings.

An under-appreciated benefit of bringing Clemons back is that he excels in rushing off the right side. Before coming to Seattle, Cliff Avril exclusively rushed off the left side.

It is not a stretch to think the Seahawks will have a better pass rush without Irvin than they did with him.

Cornerback was a big question mark at this time last season. Jeremy Lane was coming off major surgery. Byron Maxwell was gone. Cary Williams was the de facto starter opposite Sherman. John Schneider was forced to trade for depth like Mohammed Seisay. It was not the type of crew we have become accustomed to in the Pete Carroll era. That has changed this season.

Tharold Simon is healthy so far. Lane is back. DeShawn Shead has proven that he can contribute as an edge corner. That does not even get into proven depth players like Marcus Burley or interesting new additions like Stanley Jean-Baptiste. Brandon Browner gives the team options at safety and could slide to corner in a pinch. There is a lot to like here.

Russell Wilson joked that Pete Carroll texted him after the draft to tell him this class might be better than the 2012 group that featured Irvin, Bobby Wagner, Wilson, J.R. Sweezy and others. Wilson respectfully did not agree. Time will tell.

A source inside the organization shared a similar sentiment to Carroll’s. They love this draft class. That is reason enough for me to love it, sight unseen.

One of the players I’m hearing whispers about who wasn’t even drafted was DT Brandin Bryant. We know very little about him or Quinton Jefferson. If either of those players are impact additions to pair with what appears to be a sure-fire starter in Jarran Reed, this defense will have more young firepower on the defensive line than at any time in the past few years.

Clark comes into his second year with Bennett proclaiming he can be the best pass rusher to ever wear a Seahawks uniform. Tyler Lockett enters his second year after making the Pro Bowl as a rookie. We already talked about the running backs. Nick Vannett is drawing raves at tight end.

Youthful talent coupled with elite veterans is a damn good formula if you ask me.

I spoke with Luke Willson a while back and he talked about how the team lost to the Patriots in 2014, but the playoff loss to the Panthers felt like the first time a team had really beat them in the playoffs. It was a reality check.

This is a team with many of their best players entering their prime, and just one ring to show for the immense talent gathered in that locker room. They lost the division title last year. They did not even make the NFC Championship game.

Guys like Browner and Clemons have everything to prove and are junkyard dogs with infectious attitudes. Players like Chancellor, Thomas and even Sherman had seasons below their standards last year. They have something to prove.

When the Seahawks have a chip on their shoulders, the rest of the NFL better watch out.