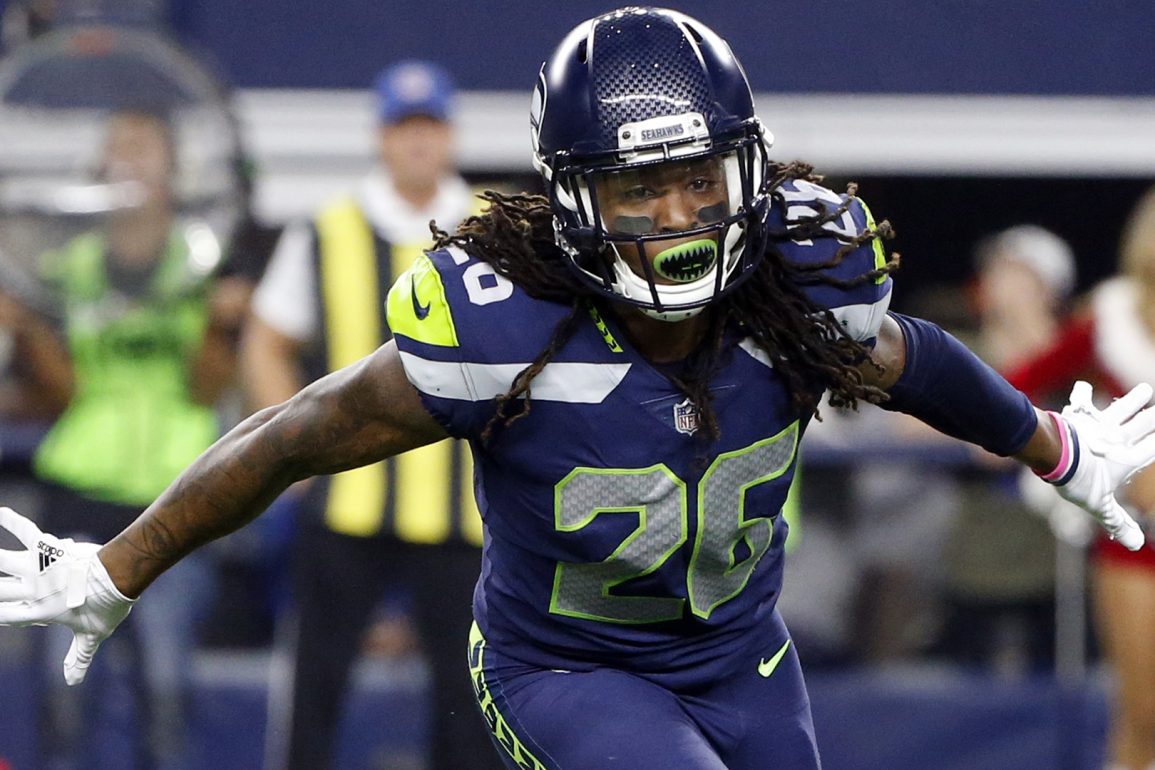 It’s odd to have almost a purely one player view of a game. It happens though. Guys like Adrian Petersen or Calvin Johnson would be big circles for worry. A lot of focus would be paid on how the defense could stop these guys. Rarely though do you have a lack of a player dominate the conversation. Sure, the media mentions it, but this week was framed almost like the Saints should have forfeited this contest. So, what happened?

Author’ Note: I exclusively highlight plays from the open TD drive of the 3rd quarter. Also, I only covered 5 plays. This was to focus on the problems Seattle had in the game as well as keeping the content from being repetitively focused on the bad performance. Five plays of this garbage was enough. I hope you agree.

Seattle is in cover-2 with a 6 men on the line of scrimmage. The defensive line looks out of sorts here as almost everyone gets stood up and washed down the LOS giving a 1-on-1 to Kamara vs Clowney. This should be a match up in Seattle’s favor, but Kamara is just too good in one-on-one situations. You need to make sure to get two people to him to make the stop. Think Marshawn Lynch, but with agility and Balance over power. Both need schemes to get two guys to them. However, Pete doesn’t seem to adjust the defense to do that, even after so many problems tackling Mr. Kamara in space.

This one seems like a mistake somewhere as both Wagner and Kendricks drift in the flat and let Thomas Run untouched between them. Maybe it’s the call here, but even when you run zone coverage someone has to pick up Michael Thomas and no one does. This feels like it’s on Kendricks though and if that’s right, this is not a good sign for the defense going forward. He’s missed tackles and played very poorly in space in this game.

I usually don’t worry about assists, but seeing Wagner get in and help this stop by Jamar Adams was the first time I saw a decent rally stop. It’s all for naught as Al Woods lines up badly on the field goal and keeps the drive alive. However, Bobby came down from a deep zone drop to help clean this up.

Jadaveon Clowney gets stood up or stands up allowing the saints to widen the edge on this toss. Pretty much no one on the defense anticipates this on 2nd and 10. It’s plays like this that have me really concerned. Not because of points or yards allowed but because guys just aren’t doing simple assigment stuff. Clowney getting knocked or knocking himself out of the play is giving me pause here. What do you guys think?

The saints used a similar look to something they ran against Seattle in 2015 when Seattle played in New Orleans. Seattle’s tendency to play physical in this space makes them vurnerable to quick strikes. Both KJ Wright and Tre Flowers are blown right off the ball here. This is a hard throw for any QB to make because you have to throw a bullet as hard and as quick as you can into a crowd. It’s a great throw by Bridgewater here.

Defensively this team seems like it’s struggling to find some kind of even ground. One week the D-line steps up for 3 quarters and dominates. The next week the secondary gets screened to death. The reality right now is, Seattle needs someone to step up and start making plays every week. Someone to count on. Even Bobby Wagner was missing in this game in some key spots.

This game reminds me of when the Rams and Buccaneers had 200 rushing yards back-to-back in 2013 and Pete admitted later that they didn’t realize their linebackers had never seen trap plays. Pete said this week that they didn’t suspect Alvin Kamara was so good. I don’t blame him too much, When fans don’t even bring him up, the idea that a player slips under the focus radar is not shocking. John Ross snuck up on everyone week one. I think Pete cleans this up for the future, just like he did back in 2013.

KJ Wright had some good plays in this game and was the only noteable bright spot in a dismal day for Pete’s defense.

The Secondary needs serious focus going forward. Games like this become a template right quick. The team that once boasted the hardest hitting secondary has no players worth mentioning as top tier right now. In games like what we saw Sunday corners and safeties have to tackle and have to break down blocks and blow up screens. They have to find a way, or games like this are going to keep happening.