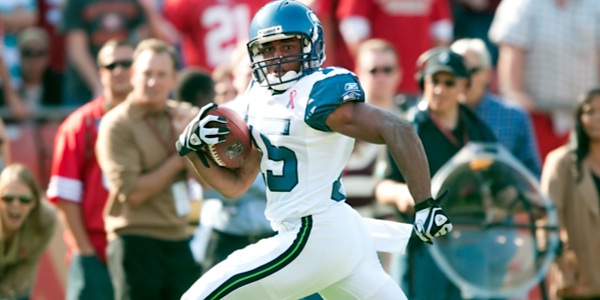 Doug Baldwin was deeply depressed and fighting for his football life. Stanford head coach Jim Harbaugh had relegated him to the scout team at the start of his junior season, and there was little indication his role would change. Baldwin called his parents, his touchstones, and tried to figure out if there was a way he could afford to remain at Stanford without his athletic scholarship. He had lost his passion for the game that had been a central part of his life since the age of six. Baldwin thought God was giving him a sign that football was not a part of his future.

His parents, Cindy Baldwin and Doug Baldwin Sr., did not raise a quitter, and were not about to let him give up on his dream. Baldwin had few options. Stanford has a tradition where each incoming freshman gets a “father” to help guide him. Baldwin’s father at school was then-wide receiver, and current breakout Seahawks cornerback, Richard Sherman. Sherman faced a similar crisis, and decided the future was so bleak at receiver, that he switched to defense so he could learn to play cornerback. Maybe it would have made sense for Baldwin to follow Sherman’s lead. Maybe he should transfer. Maybe he should stick it out. Baldwin was running the most crucial option route of his life, and was nearing the top of his break. He had to make a decision. And as he had done so many times before, he read the situation correctly and made the best choice, breaking away from his opposition.

Baldwin stayed at Stanford, as a receiver, and spent his entire junior season playing on the scout team. As depressed as he was, he never doubted his abilities. The scout team faced the number one defense every day in practice, and Baldwin made plays all the time. His chance to prove himself in a game did not come until his senior year when starter Chris Owusu was injured. In one half, Baldwin blew away his entire 2009 yardage total (36 yards) by pulling in four receptions for 111 yards and two touchdowns. He got another chance against USC a few weeks later, again due to injury, and had a career-high 8 receptions for 98 yards and two more scores in the Cardinals victory. The trend continued when he re-set his career-highs with 10 catches and 123 yards against @ASU while subbing again for an injured Owusu.

His performances were not sufficient to convince the intractable Harbaugh that he had been wrong about Baldwin. The 49ers had ten draft choices, including three in seventh round, in Harbaugh’s first year as head coach. If any team should have seen Baldwin’s potential, it should have been the 49ers. Instead, they drafted one receiver in the sixth round, ironically out of USC (Ronald Johnson), and three players in the seventh that proved to be non-factors in 2011. They were one of twenty-plus teams that made a free agent offer to Baldwin after the draft, but it was just a nibble. Given Baldwin’s experience with Harbaugh in college, it is not clear there was an offer the 49ers could make that would have convinced him to sign.

Instead, John Schneider was in his ear recruiting, sending him tapes of Brandon Stokley, telling Baldwin that he could come and contribute right away. The Seahawks already had Golden Tate, but they were looking looking to play him more on the outside. Baldwin’s agent, Buddy Baker, was good friend’s with Schneider, and Baldwin had a good rapport with Seahawks receivers coach Kippy Brown. The Seahawks offer was near the top, but was there were other teams that wanted to sign Baldwin badly. Seattle seemed to provide the best overall opportunity, and it could not have hurt to have a coach who was known as Harbaugh’s biggest rival and to play in a division where he’d face his old coach twice each year.

Baldwin joined the Seahawks to open training camp, and immediately made a name for himself. Charlie Whitehurst made what may have been his greatest contribution to the Seahawks with his witty description of Baldwin while watching practice tape, “That’s not separation. That’s a divorce.” Quarterbacks in camp soon came to realize that Baldwin was going to get open consistently and be a reliable pass catcher. His first two pre-season games produced a disappointing six receptions for 43 yards. The rookie offensive line was struggling to protect the quarterback for two steps, let alone a three or five-step drop. The offensive woes continued in Denver, so Baldwin took things into his own hands with a 105-yard kickoff return for a touchdown. He ended the pre-season tied for the team lead with nine receptions and a paltry 69 yards, only a 7.7 yard average. It was enough to make the team.

Seattle opened the regular season in San Francisco to take on Harbaugh and his 49ers. The Seahawks offense was barely able to function, but Baldwin was a star. His 55-yard touchdown in the fourth quarter brought the Seahawks to within two points of the 49ers, 19-17. He finished the day with four receptions for 83 yards and a score. It was the beginning of what would become a memorable rookie season for Baldwin. By the time it ended, he had accomplished what no player had done since the AFL/NFL merger in 1970, lead his team in receptions and receiving yards as an undrafted rookie. Even Harbaugh could not deny Baldwin’s accomplishments.

“Well, I should have drafted him,” Harbaugh said before the teams faced each other again late in the season. “Yeah, I’m kicking myself for not doing that.”

Baldwin scored another touchdown in that game, meaning half of his touchdowns this season came against Harbaugh and the 49ers. It was not enough for Baldwin. His mom taught him to get better everyday at everything he does, to be a better person today than he was yesterday.

“The year I had was real average, regardless of where I was drafted,” Baldwin said during his phone interview. Technically, he is correct. His 51 receptions ranked 62nd in the NFL (40th among WRs). His 788 yards in receiving ranked 42nd in the NFL (33rd among WRs). Baldwin’s goals are bigger. Much bigger.

“I don’t want this to come across the wrong way,” Baldwin explained. “But I want to be the best there ever was. I want to be one of the best receivers to ever play the game, and everything I do goes into that.”

He talks about greats like Jerry Rice, and refuses to lower his goal despite being almost exclusively used as a slot receiver. He plans to fight everyday for a chance to play outside. Studying players like Steve Smith has become a habit, but he also watches slot greats like Wes Welker, Brandon Stokley and even retired Seahawk Bobby Engram. He knows he took too many big hits last season, and is watching other receiver’s routes hoping to find better spots where he can avoid the beatings that could derail him from his goals.

Baldwin exudes intensity whether he is talking about what foods he eats, how he trains, or facing his former Stanford father, Sherman. When asked who would win a one-on-one battle if they went 10 rounds, Baldwin did not hesitate with his answer.

Sherman stands 6’3″ and nearly got Peter King’s All-Pro vote at cornerback in his own impressive rookie season. There may not be a challenge out there that intimidates Baldwin. He speaks with the confidence of a man who has faced his deepest fear and come out the better for it. He has been a fighter all his life, to the point where his football coaches played him at tight end in 8th grade because he loved to block, even at 5’7″. His favorite position on the basketball court is banging around in the post. A former coach told him and a bunch of childhood teammates that less than 1% of them would play football in college. Baldwin beat those odds, and he has given little reason to think he is done doing the unexpected.

The Morning After: Seahawks sidestep into the playoffs, sweep 49ers