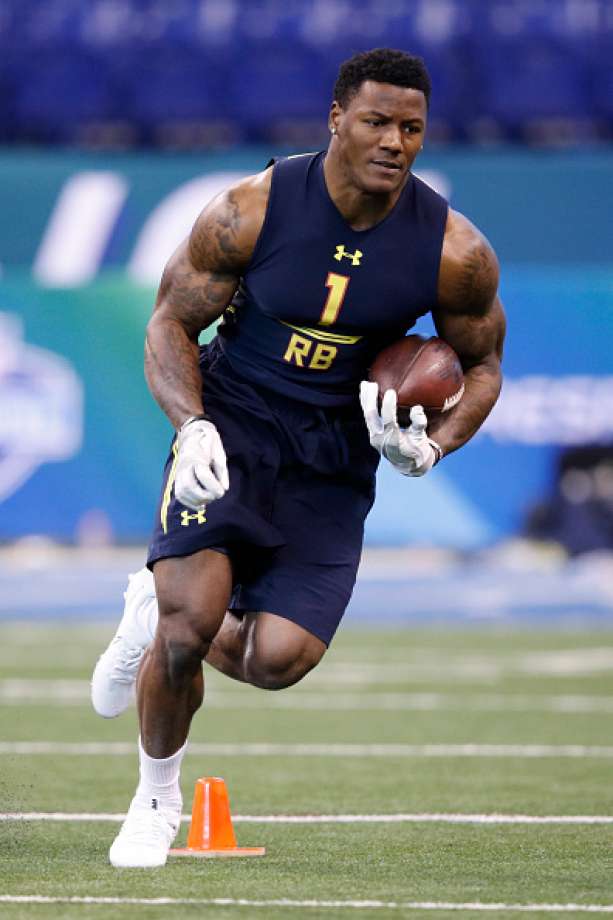 The first two weeks of the Seahawks season were dreadful. Losing both games was not even the worst part. It was the confounding approach to each game by the coaching staff that defied logic and had many, including yours truly, predicting gloom and the end of the Pete Carroll era. The team went on to win three of their next four games, with their only loss coming at the hands of the undefeated Los Angeles Rams by two points. This was not just a case of a team starting to play better. There was a distinct change to their offensive approach that appear to have sparked the turnaround.

A team that spent money, draft picks, and coaching selections with an eye toward reestablishing a flagging rushing attack spent the first two games eschewing the run at a bizarre rate. The situation reached its nadir when the team did not call a single rushing play in the third quarter against the Bears in week two. Carroll even resorted to awkward inaccuracies about his starting running back being “gassed” from his two special teams snaps. Offensive coordinator Brian Schottenheimer and Carroll appeared to recognize how inexplicably off-strategy their offensive game plan had been, and made rather drastic changes in week three against the Cowboys. After passing on 61.5% of their neutral game script situations in weeks one and two, the team passed on 29.2% of those situations in week three. The script was flipped. For those unfamiliar with neutral game script, it is the concept that the best way to gauge an offensive coaching approach is to see what they do when the game is close and on early downs. I defined neutral game script here as 1st or 2nd down, in quarters 1, 2, or 3, and with the game within one score (8 points). In one week, Seattle went from a team that approached those situations passing almost two-thirds of the time, to one that ran over two-thirds of the time.

That trend continued in the weeks that followed. Seattle has run on 64.9% of neutral game script situations since week three. Running more is not necessarily a good thing. In fact, many smart folks would tell you prioritizing running over passing is a very bad thing. I decided to compare a lengthy list of offensive statistics for the first two weeks of the season with the last four weeks. This first table looks at the NFL ranking Seattle has for each period of time. To be clear, the rankings you will see for weeks 3-6 are just for that time period, and do not include any of the numbers from the first two weeks. It is a better way to compare how this version of the Seahawks offense looks versus the one we saw in the first two weeks. That is a lot to absorb. I could have broken it down into more bite-sized chunks, but I got lazy. You should pour over those rankings and come to your own conclusions. I will share what I noticed.

The Seahawks offense functions far better with the run emphasis

See for yourself. Nearly every metric has moved solidly in a positive direction since the chance in offensive approach. Even the efficiency of the passing game has improved significantly, as measured by passer rating. You may say, “But hey, they faced the Broncos and Bears defense in the first two weeks. Those are good defenses!” About that…have you seen the Broncos numbers? They rank 18th in overall defensive DVOA and an abysmal 29th in rushing defense after turning back-to-back rushers into Offensive Player of the Week. Seattle wouldn’t know because they largely avoided the run in the game. Arizona, Dallas, and the Rams all rank higher in defensive DVOA than the Broncos. The Bears are atop the rankings, which certainly should be taken into account, but that’s not enough to explain the difference we are seeing.

The only offensive numbers that were better over the first two games was passing yards, passing touchdowns, and explosive passes. Those are volume numbers that come as a product of more pass attempts. You will see below that the per play numbers are actually better for the passing game.

Third down performance has skyrocketed

Seattle went from one of the worst third down teams in the NFL to one of the best, and that includes an 0-10 performance on third down in Arizona. More early rushes has led to fewer negative plays and more manageable third downs. Take a look at the difference in yards lost via sack. We will revisit that in a second. That improvement on third down also contributed to a drastic improvement in time of possession.

Turnovers are way down

The Seahawks went from 30th to 1st in the NFL in giveaways. That was largely due to huge change in interceptions. Seattle was throwing more interceptions when they were throwing more often. This heavier run approach has led to more successful pass plays, as judged by yards per attempt and touchdown rate, with less risk. That’s a pretty good trade.

Below is a similar table to the one above, except instead of NFL rankings, you will find the actual number the team put up for the given metric before and after this offensive change. Green numbers mean the change was positive. Red mean the change was negative. I find this table even harder to consume, so take your time looking it over. Again, here are some additional thoughts from me.

That is a lot of points

Remember that magical 2015 season where Russell Wilson and Doug Baldwin could do no wrong and the Seahawks finished with a 3rd down conversion rate of 46.5% on the year? The last four games ranks just below that for what would be third-best in franchise history if stretched out across a season. And remember, that includes a 0-10 performance.

Drop in sack yardage is key

Seattle has essentially gained almost 30 yards more per game just by being sacked less often. Part of that is definitely due to personnel changes when D.J. Fluker and J.R. Sweezy took over at guards starting in week three. I believe a bigger reason is the team is passing less often, especially on early downs. That is leading to more manageable downs and distances and less predictability.

Explosive plays are up even if explosive passes are slightly down

Explosive passes are almost even with where they were, which is remarkable given how much less often the team is throwing the ball. They are getting an explosive pass every 5.5 pass attempts since week three, compared to one every 7.7 attempts in the first two weeks. Add in the bump in explosive rushes, and the offense is more explosive than it was before despite emphasizing the run.

Looking at some advanced metrics

One chart that has always stuck in my head when listening to the debate about run versus pass has been this one that shows the Seahawks rank in pass attempts and the Seahawks rank in offensive DVOA. The DVOA metric is defined by FootballOutsiders.com, and is one of the best out there for measuring the efficiency of a team. It accounts for things like strength of opponent. You can see what appears to be a very strong relationship between pass attempts and the Seahawks DVOA ranking. Some would say the Seahawks passed less from 2012-2015 because they were a dominant team that was often ahead. Forgetting that those teams played from behind or in close games a lot, I also captured their first half pass attempt ranking that is closer to neutral game script scenarios. The relationship appears roughly equivalent.

What this means to me is that while passing may be more efficient than rushing, it is not the onlyway to build an efficient offense. I decided to update this chart with the 2018 season rankings, and found something that did not fit the pattern. The Seahawks are near the bottom in pass attempts again, but the DVOA ranking has dropped instead of risen. That was my first reaction. I went and checked where the Seahawks DVOA was after the first two weeks. I wanted to compare that to their DVOA over the last four weeks, but there is not a great way to do that. What I ended up doing, with some helpful guidance from Ben Baldwin, was calculating the weighted average of the Seahawks offensive DVOA in those four weeks (~+8.3%), and then inserted that into current rankings. If Seattle had a +8.3% DVOA on offense for the full season, they would rank 12th. I actually believe they rank much higher over those four weeks, but I cannot prove it, so I chose a more conservative approach. One hint that they might be higher is they have the 6th-ranked offensive DVOA at home. Two of their past four games have been at home and none of the first two were in Seattle.

Anyway, here is the comparison as best as I could manage: I put the little warning signs to be as clear as possible that those are estimates. When we look at it this way, we see a similar inverse relationship between pass attempt ranking and offensive DVOA ranking for the Seahawks. If I plug that in to the chart from earlier, it looks like this: I believe the Seahawks offense has been closer to 5th in DVOA over the last four weeks than 12th. If true, that last blue dot would climb back to where things were from 2012-2015. If I hear back from someone at FootballOutsiders, I will come back to update this chart with the real ranking.

We can debate the merits of rushing versus passing to the point of driving many people batty. What this segment of a season has provided is a good chance to compare roughly the same personnel with the same coaching staff during the same year with two completely different levels of emphasis on the run versus the pass. Returning to a more run-centric approach appears to suit this particular team much better than a pass-heavy approach.